‘We Are Family’, Tirana Pride returns after 2 years 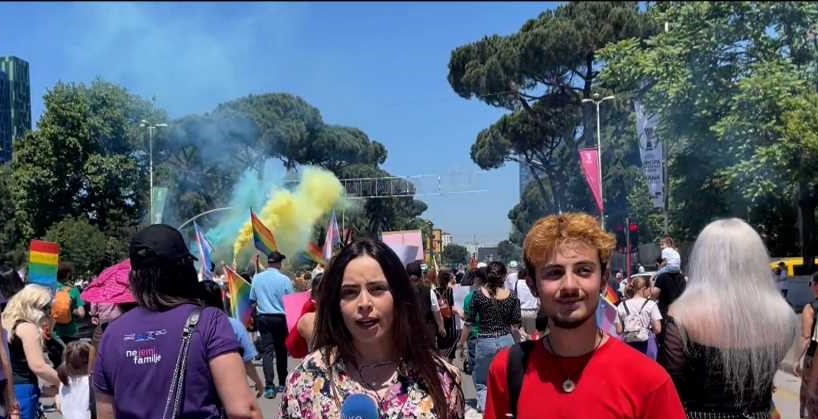 After a two-year absence due to the pandemic, Tirana Pride Parade hit the streets on Saturday.

The march began from the Mother Theresa main square at 11 AM heading to the Skanderbeg Square.

Marking its eleventh year the parade is titled “We Are Family”.

Members of the community and supporters marched the streets holding the rainbow flag which has turned into a symbol of the LGBTQ+ community.

The parade aims to promote self-affirmation, dignity, and equality among people with different sexual orientations and identities.