Berisha casts his vote and slams presidential process as unconstitutional 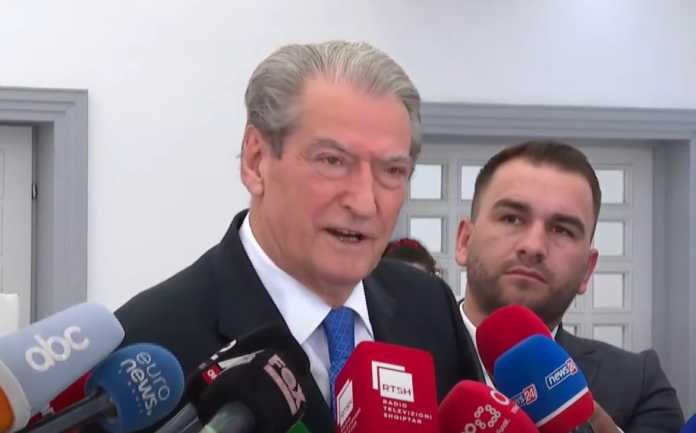 After casting his vote at DP’s headquarters, former PM Sali Berisha said that this electoral process for the party’s new leader is a historic mission, not only for the Democratic Party, but all of Albania.

Berisha compared DP’s electoral process with that of the President of the Republic, which according to him was anti-constitutional and rigged.

“This is a historic process not only for DP but for Albania as a whole, because it is a process that ultimately finalizes the triumph of the members’ free will but it is also a process that is being held in parallel with an entirely mafia-style and anti-constitutional process which is the one that is supposed to elect our new President.

I call it mafia-style and anti-constitutional because it is based on the theft and massive abuse of Albanian citizens’ free will and right to vote. In addition, it’s also based on the disgusting collboration between Edi Rama and the pseudo opposition. Today, Albanian can make a clear distinction between these processes and they can finally see the light of hope for the future,” – said Berisha.

Berisha is facing the former district leader of DP in Kukes, Ibsen Elezi, in the race for the party’s new leader.

Dutch PM: We support the French proposal for N.Macedonia

The Dutch PM Mark Rutte declared that the Netherlands supports the French proposal for the resolution of the dispute between North Macedonia and Bulgaria. Rutte...
Read more
Albania

The ministry of health has published its latest report in the past 24 hours, detailing the current epidemiologic situation in the country. 2 citizens have...
Read more
Kosovo

Kosovo issues a set of new sanctions against Russia