Elezi: I will recognize the final result but I won’t tolerate irregularities 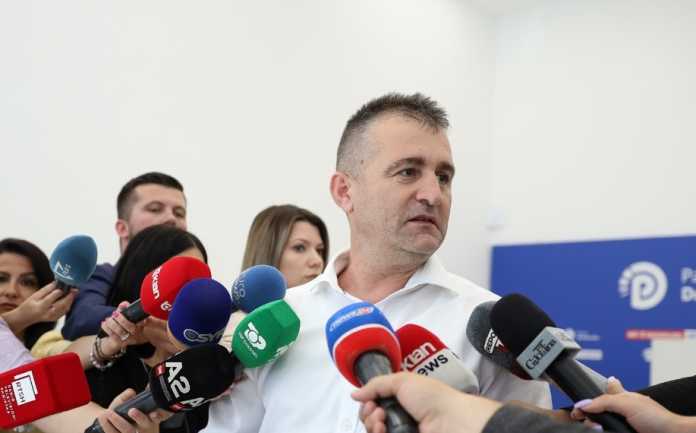 The candidate for DP’s new leader, Ibsen Elezi declared that he will be recognizing the final results of today’s election but he will not tolerate any irregularities that might take place during the process.

Elezi gave his statement before the press after casting his vote at the party’s central headquarters.

“After the announcement of the final results, I will recognize the results but I will in no way tolerate irregularities. If it will be verified that commissioners acted incorrectly then I will not tolerate it because it would be unacceptable,” said Elezi.

The former DP leader in Kukes, called on commissioners to count every single ballot and not allow for irregularities during the process.

Elezi also added that today Democrats should decide based on the ideas not the individuals who are running.

The other candidate for DP’s new leader in today’s election, is former PM Sali Berisha who calles today’s electoral process a historic mission for the entire country.

Exclusive | Lajcak: Hoping to reach an important agreement between Kosovo-Serbia next week

EU’s Special Envoy for the Kosovo-Serbia dialogue, Miroslav Lajcak gave an exclusive interview for Euronews Albania, during which he declared that in the upcoming...
Read more
Kosovo

When will visa liberalization happen for Kosovo? Lajcak responds

Rama: We’ll take municipalities under our wing if they can’t prove financial discipline

PM Edi Rama warned mayors across the country that if municipalities don’t change the serious financial situation they currently find themselves in, they will...
Read more