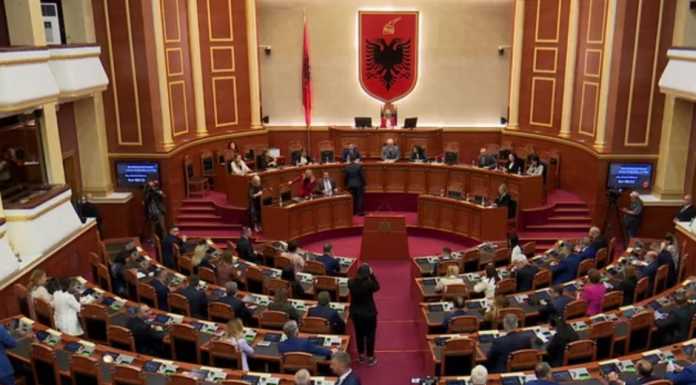 The parties invovled in the process have until tomorrow at 16:00 to propose their candidatures for the new president at the Parliamentary Leadership, in order for the session to take place at 18:00.

The ruling majority and the opposition haven’t reached an agreement in regards to the proposal of candidatures for president.

DP’s caucus leader Enkelejd Alibeaj proposed a process by which both parties could come to a common candidature through a formula that would allow proposals to be made by the opposition and the selection by the ruling majority.

But, despite initially agreeing to this, Socialists later backed down from this proposal which lead to Alibeaj coming out and publically calling off the agreement which returned the process to ground zero.

If the president isn’t electing during the second and third rounds of voting, Socialist will have the opportunity to elect their own president during the fourth round because they will have the neccessary minimum number of votes required to do so.

This Wednesday, the European Parliament adopted the resolution which said that the ultimate agreement between Kosovo and Serbia must be mutual recognition between both...
Read more
Albania

Public school teachers to get a 6% pay raise

Wages for public school teachers will go up by 6%. This is what minister of education Evis Kushi said today after a government meeting. Kushi...
Read more
Albania

The European Union has taken a stand against the current draft bill that would allow for a temporary tax amnesty in Albania. Through an official...
Read more