Italian police in Tirana, 25 years since start of cooperation with Albanian homologs 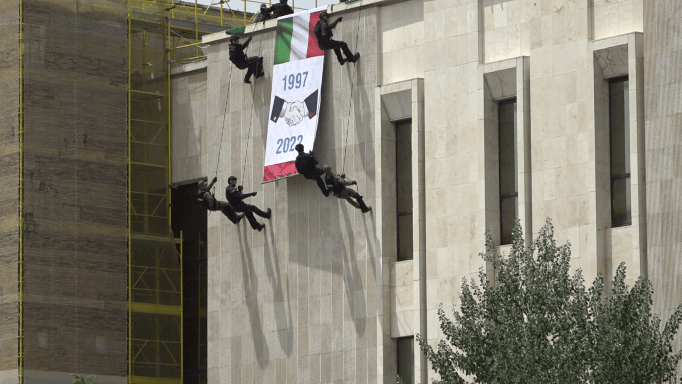 Italian police departments exhibited a number of special devices in stands that were set up across Skanderbeg Square this Tuesday.

Amongst the objects showcased today was a rare ‘Lamborghini’ police vehicle, along with other specialized devices that are no longer in use.

The close cooperation between Albanian police and their homologs on the other side of the Adriatic started back in 1997.

During her remarks for this event, Italian interior minister Lomergese said that Albania is no longer a problem for Italy, especially as it pertains to the influx of illegal migrants.

Another important aspect of the cooperation between our police forces is the fight against cannabis cultivation.

Italian police experts have been aiding Albanian forces by monitoring the entire territory from the air.