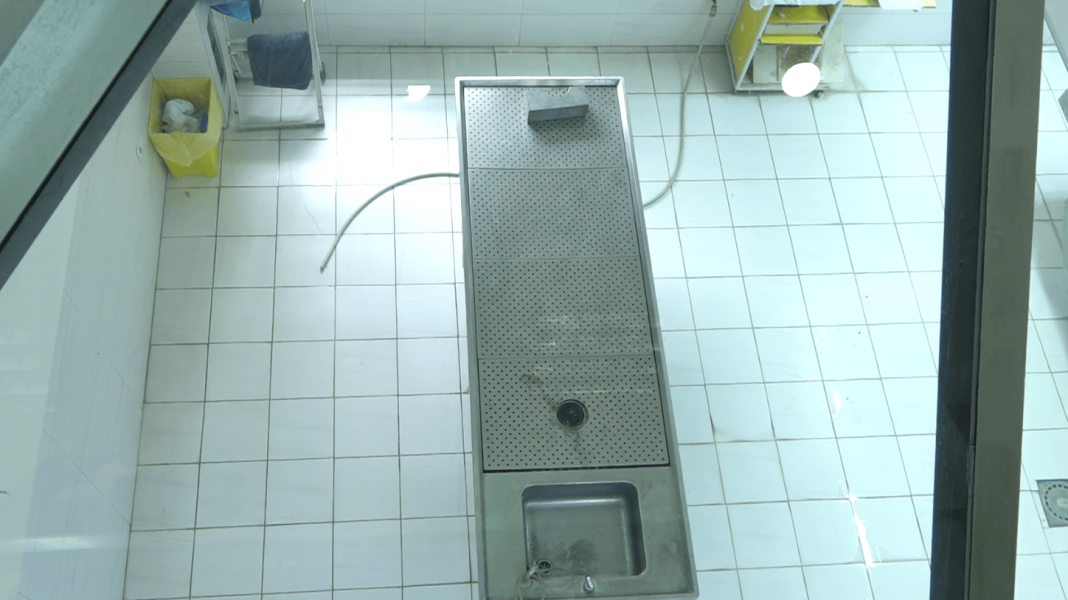 If someone loses their life while at the hospital, they are brought to the morgue located at the Legal Medical Institute, where maximum capacity only allows for up to 24 bodies to be held at a time.

One night costs around 25 euros.

“Family members might have to leave their close ones for several days because they may be abroad. But we are the only morgue for 1 million inhabitants. We are over-capacity. We only have enough coolers for 24 bodies,” said the head of the Institute Bledar Xhemali.

In 2007, the morgue at the Trauma Hospital was built at a cost of 11 million ALL. However, after being used for some time, it is no longer functional. Instead, it is now being used by the imagery department. Even the Infective Hospital lacks a morgue.

The autopsy is usually done at the Legal Medical Institute.

The most alarming situation however is in smaller counties, where the only hospitals with a morgue are found in cities where the county’s offices are located. In other cities, morgues have been made into offices where a dead patient is left to rest only temporarily.

“Excluding the central morgue, the majority of counties lack a cooling system. The majority are currently under miserable conditions because it’s been 30 years since someone invested in a morgue,” said the doctor.

The Ministry of Justice is putting together a draft bill that puts county morgues under a double jurisdiction of the Legal Medical Institute and the Ministry of Health.

Health professionals are calling for more investments so that the person that passes away can be treated with dignity and so that their bodies can be buried within a month by the municipal authorities in cases when they don’t have any close family, instead of the current situation when they are left in the morgue for an undefined period of time.