Territorial Reform Commission, DP: It needs to be thoroughly re-examined 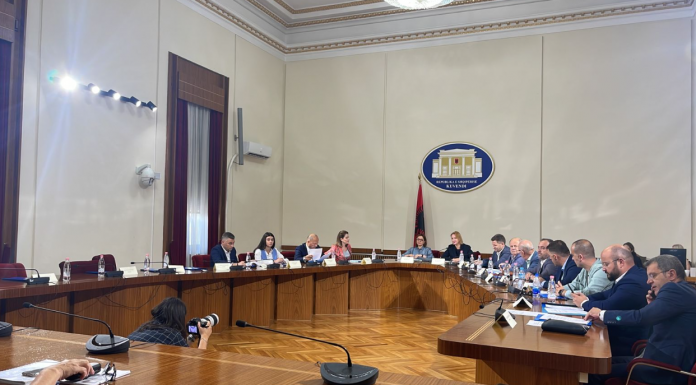 This Wednesday afternoon, the first meeting was arranged for the Special Commission on the administrative-territorial reform.

The bipartisan commission is led by Anila Denaj from SP and Dhurata Cupi from DP..

According to Denaj, the administrative division has helped in the increase of efficiency in the local government. However, the Democratic MP said that the territorial reform has been a failure which is why it should be thoroughly re-examined with the aim of further decentralizing it.

“They didn’t keep in mind 2 preconditions since 2014 when the reform was first adopted; which lead to a lack of consultations with the general public and no consensus with the opposition”, said Cupi.

Part of the work schedule for the first meeting includes consultation for the commission and the establishment of the new secretariat.

This is the reason why one day ago, DP’s parliamentary group held a meeting during which its members decided that during this month, they will identify the problematic administrative areas and at the end of July they will present their concrete proposals for the new territorial map.

In order to gather the full expertise in this field DP has called 2 experts, Agron Haxhimali and Roland Bejko.