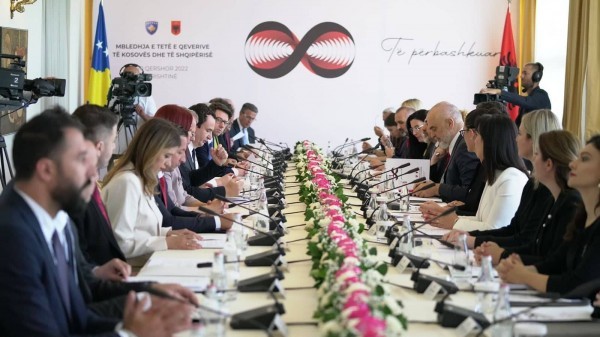 Nineteen agreements and memorandum of understanding were signed at the eighth Albania-Kosovo intergovernmental meeting that took place this Monday in Prishtina.

The Ministers of Energy and Infrastructure presented an agreement on building a railway line connecting Durres and Prishtina.

The project is estimated to cost €1,98 million, while Albania will cover 51% of the funds.

Another agreement in the same sector included building a road for the villages near the two sides of the border.

In addition, there will be no border controls from June 1 to September 30, as well as on days that fall on National holidays.

Education ministers signed an agreement about real-time data exchange at civil registries. In other words, if a citizen from Kosovo wants to get married in Albania, the civil registry office in Kosovo is notified right away.

Finance ministers signed an agreement on exchanging data about the rights of retirement pensions.

The two countries aim heading toward unified customs and signed an agreement to set up a working group to work on this project.

The governments of the two countries are expected to sign an agreement that will allow students to be admitted to public institutions.

“One of the good news that comes out of this meeting is that we are giving equal opportunities and conditions to all young people from Albania and Kosovo to study at our universities. We will unify the procedures related to application and enrollment”.

“Starting this year, the competition to be admitted will be the same for students from Albania and Kosovo”, said the Albania Education Minister Evis Kushi.

“This is the right place to say that the first phase of the joint working group on compiling a unified ABC Book has ended. We have a winner. Work for the second phase, implementation, continues, and I am very happy that Albin and I will submit the unified ABC Books”, said Rama. 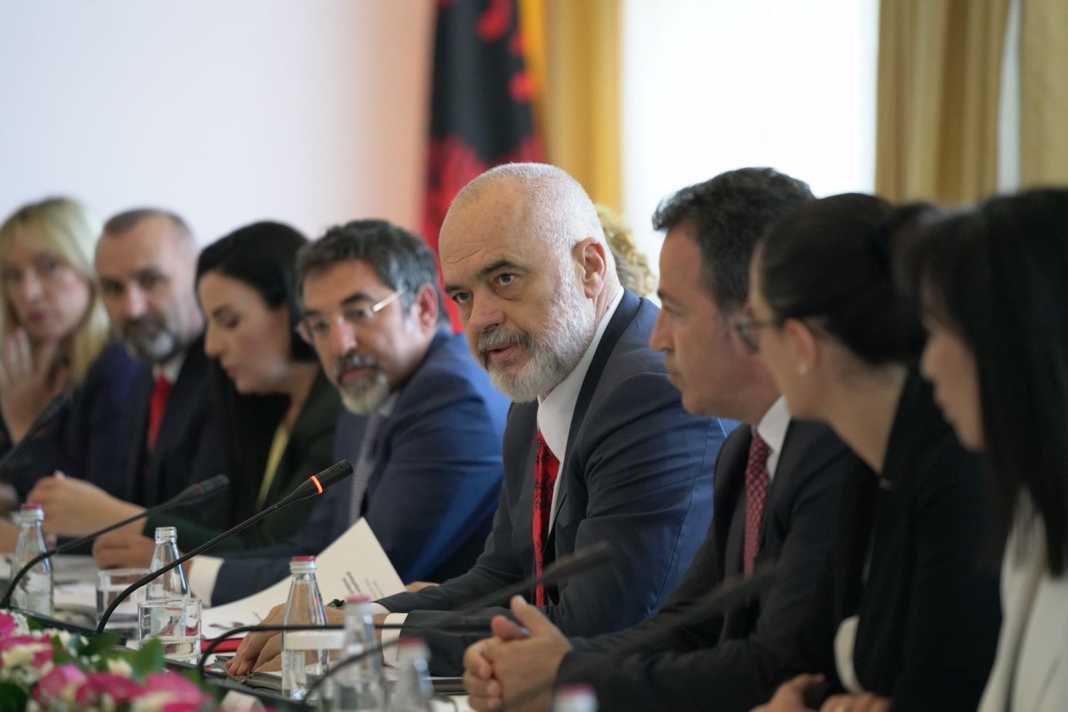 Rama said he has also spoken with Albanian representatives in North Macedonia and Montenegrin Prime Minister Dritan Abazovic, about doing the same thing for Albanian-speaking regions in their respective countries.

The government will discuss this with authorities in Serbia, Rama added.

“From June 1 until September 30, every weekend, or state holiday, the citizens of Albania and Kosovo will be allowed to pass the borders without going through registrations at border authorities”.

This was the declaration made by Albania’s Interior Minister Bledi Cuci at the joint meeting of the two governments in Prishtina. 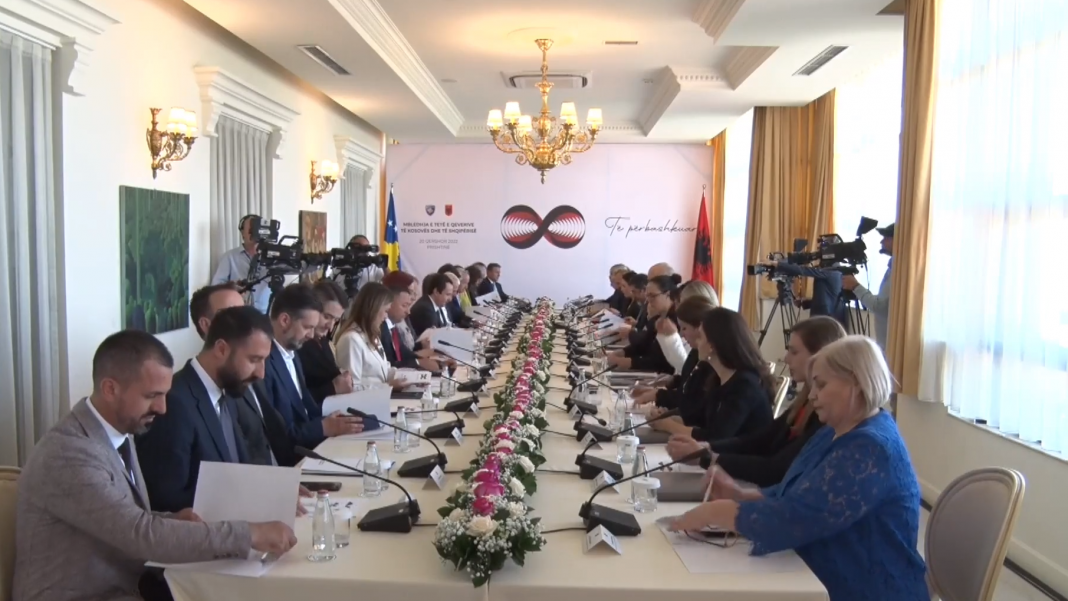 According to him, this agreement will avoid traffic and long line-ups at border crossings.

12:02 – Rama: Pleasure to meet Kurti, although many don’t believe me saying it

Prime Minister Edi Rama thanked the head of the government of Kosovo for receiving the Albanian delegation in Prishtina in line with the intergovernmental meeting.

In his opening address at the meeting, Rama said it is ‘always a pleasure to meet with Kurti’, although he added that not many believe him in that.

“I want to give a heartfelt thank you to all of you, but especially to Albin by publicly saying to all those following us, be that for good or bad, that it is a pleasure, even though a few believe me, to meet with Kurti. We have a full synergy and we do laugh quite a lot. This is important”, declared Rama.

Kosovo Prime Minister Albin Kurti said cooperation between the two countries has never been as ‘intensive’ and ‘effective’ as today.

In his opening address at the intergovernmental meeting, Kurti said almost all agreements have been implemented.

“All agreements have been implemented, except for one, which will also follow suit soon”, said Kosovo’s Prime Minister.

“These government meetings sound more truthful and effective than never before. Cooperation between two states in times of peace must reignite that enthusiasm it had during the liberation war”, he added. 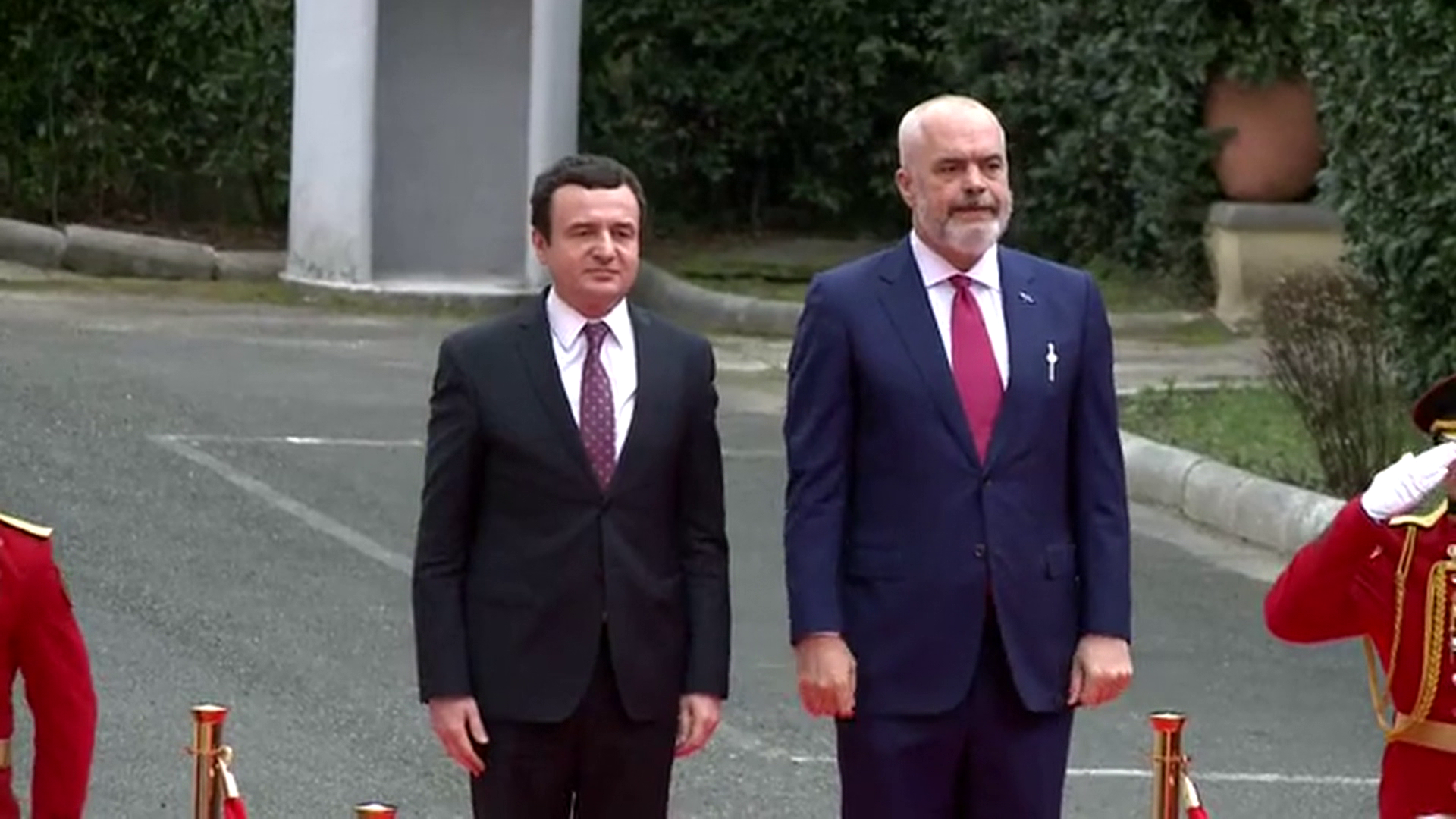 Albania’s delegation arrived a few hours ago in Prishtina to attend the important meeting between the two governments.

13 agreements were signed at the last intergovernmental meeting in November.