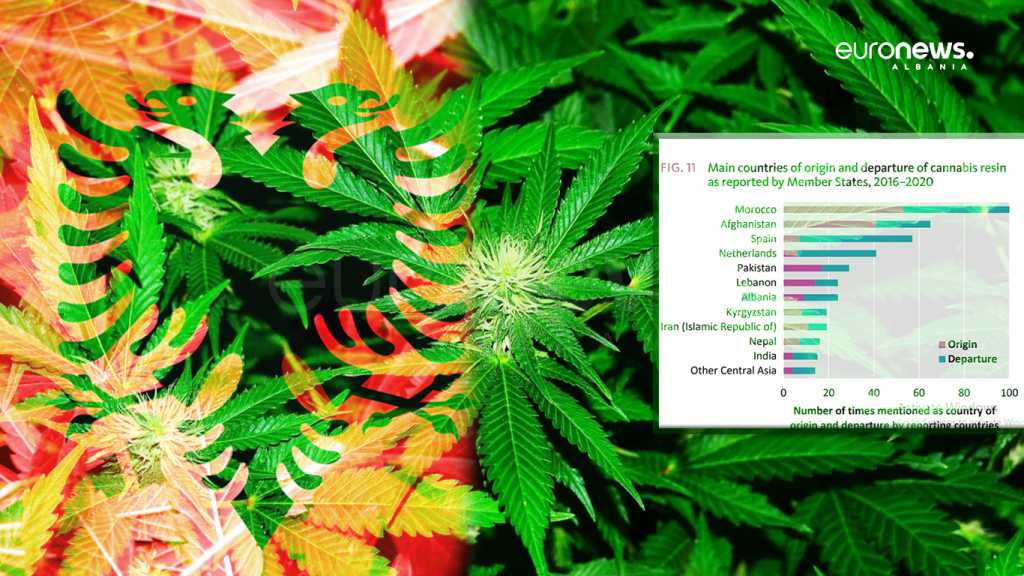 The report of the UN Office on Drugs and Crime ranked Albania in the seventh spot on an international scale among the main countries of origin for cannabis during 2016-2020.

The report also mentions Albania as a country of transit for heroin trafficking in the Balkans. The opioid departs from Pakistan, passes through Syria, Turkey, Greece, and Albania, and then crosses to Western Europe.

On a global scale, the report raises the alarm about the increased production and consumption of hard drugs as well as a series of problems when it comes to the rehabilitation of chronic drug users.

The UN says illegal drug addiction rose by 25% in the last decades, with a considerable rise in the consumption of heroin and in the production of cocaine.

After a mild drop in 2014, production has doubled with Europe and North America highlighted as the main markets.