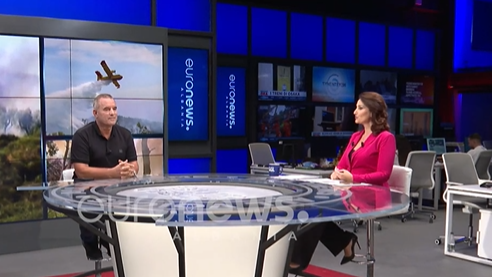 Former Civil Emergencies chief Shemsi Prenci dismissed on Wednesday a statement from the Albanian Defense Minister claiming that Albania cannot afford to buy a €50 million helicopter to put out wildfires.

In an interview for Euronews Albania, Premci says that the country should possess at least 4 helicopters, while their overall cost doesn’t succeed €12 million.

“I was following the statement of the Defense Minister, the political subject responsible for managing crisis. Albania must have its own fleet, at least 3 or 4 helicopters must be ready at all times”.

“I disagree with the Defense Minister, and all those who advise him, that Albania doesn’t have the capacity or financial capacity, because 4 helicopters don’t cost more than €12 million, at a time when we actually spend 12-20 million euros to build 1 kilometer in a highway”, he added.

Minister Niko Peleshi said Albania could not purchase the fire extinguishing aircraft while reporting at the parliamentary committee on security.