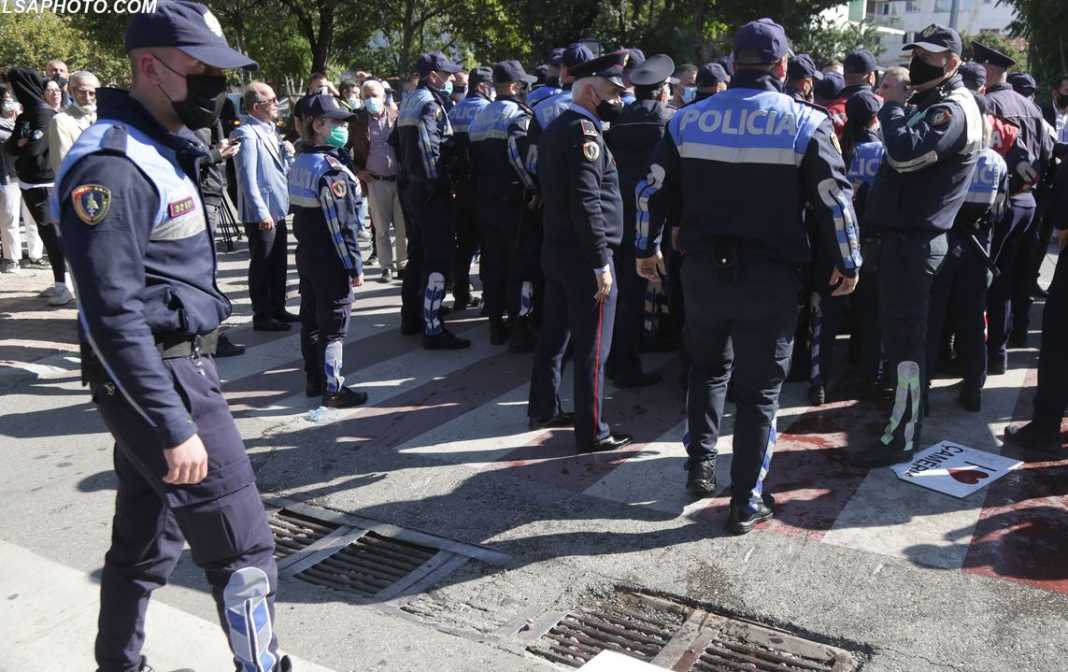 The State Police has announced that it has started preparatory work in connection with the protest called by the Democratic Party, which will be held this Thursday, July 7.

Like the other protests before the PM’s Office in the past, authorities have deployed cordons of police officers to surround the entire building.

In addition, traffic will be diverted from the Blvd. Deshmoret e Kombit starting from 16:00.

High-tonnage vehicles used to disperse crowds have also been confirmed to be present during tomorrow’s protest, which is said to start tomorrow at 19:00 CET.