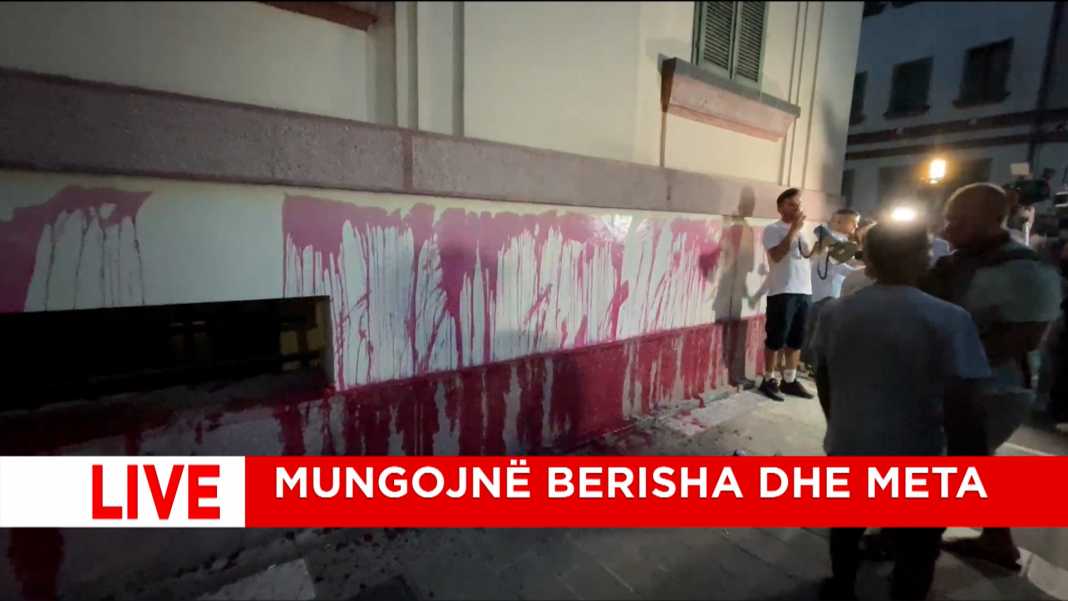 Protesters gathered in front of the Ministry of Interior and in a demonstrative act they have thrown red paint on the walls of the ministry.

As they demanded justice for 7-year-old Jonada and security for all children, the protesters symbolically threw red paint as a sign meant to represent the blood of children killed by the government’s injustice.

Unlike the protest a few days ago, the number of participants was relatively low.

The protesters started the march at the Pedonale and stopped in front of the Ministry of the Interior, where they demanded the dismissal of Minister Cuci and director Gladis Nano.

Lastly, they moved on towards the Prime Minister’s Office.

On August 2, the former head of the Himara Police Station, Arjan Tase, killed 7-year-old Avdia, while performing dangerous maneuvers with a speedboat on the beach of Potami in Himara.