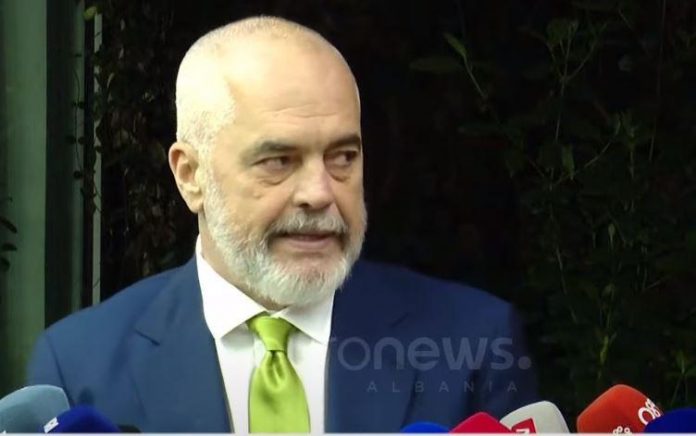 Prime Minister Edi Rama has reacted after the accusations linking him with the former FBI official arrested in the USA, Charles McGonigal.

Through a post on Twitter, Rama said that the arrest of the FBI official has nothing to do with him, while he accused the media of defamation.

“An FBI official is accused in the US of things that have nothing to do with me (if they did, the investigation of those who do not manipulate evidence or spare the guilty would have brought them out) and in Albania, the trial against me begins in the Big Brother of politics, channels, and portals!” writes Rama on Twitter.

McGonigal has been charged with helping a Russian oligarch in violation of US sanctions.

He collaborated with a former Soviet diplomat who worked as a translator for Russian billionaire Oleg Deripaska.

Also, other charges have been brought against him, because he has received cash from a former officer of the security services of another country.

The Justice Department cites VOA as saying that McGonigal also withheld from the FBI details of a trip he made to Albania in 2017, along with a former Albanian intelligence official, who had given him $225,000 US dollars for an unknown reason.

Prosecutors also say that he did not give the name of the person accompanying him during the trip, and did not inform the FBI that the stay was provided for him for free.

The Justice Department says that after he arrived in Albania, he met with the Albanian prime minister [Edi Rama] and discouraged him from granting licenses to Russian shell companies to explore for oil in the country.