Erdogan welcomes Vucic in Ankara, a day after visit to Tirana 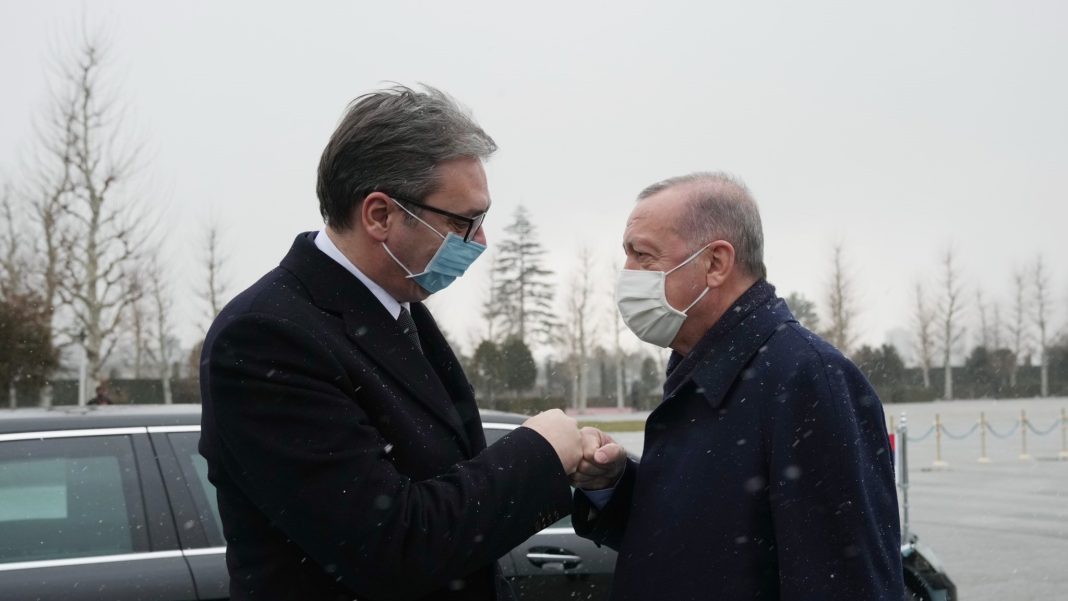 The Serbian head of state said that despite good bilateral relations, Turkey is still seen with skepticism by many in Belgrade.

Erdogan called Vucic a “good friend” and Serbia a “key factor for the peace and stability of the region”.

The Turkish president asserted that the goal is to increase trade turnover “up to $5 billion USD”, adding that there are hundreds of Turkish companies operating in Serbia who have employed around 8,000 people.

“We’re glad that Turkish companies are contributing to the swift development of Serbia. Our investments grew from $1 million to $250 million USD”, said Erdogan.

According to Vucic, trade exchanges between the two nations reach €1.55 billion, adding that relations “are at historic highs”.