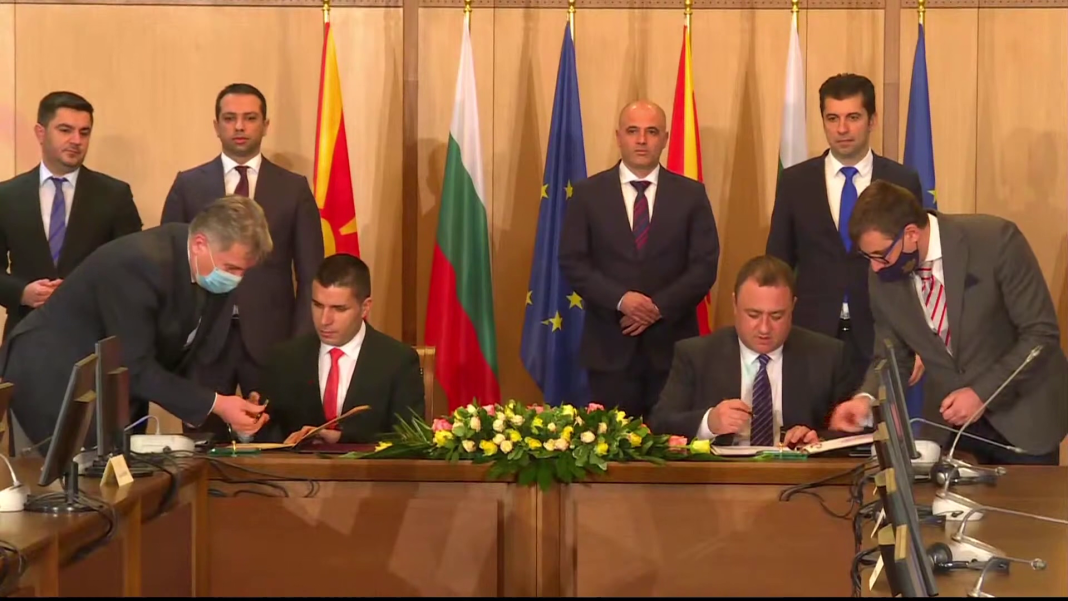 The governments of North Macedonia and Bulgaria held their first intergovernmental meeting where they signed three Memorandum of Cooperation.

Working groups decided on the deadlines for achieving the outlined priorities, while the commission on historic and education affairs will work full force in the period ahead.

“These memorandums aim to boost economic development for the entire region, while citizens from both countries should feel the improvement in their standard of living”, said Bulgarian prime minister Kiril Petkov.

North Macedonia’s Dimitar Kovacevski said he is willing to include the Bulgarian ethnicity in the Constitution, one of the requests made by his Bulgarian counterpart.

The two prime ministers also discussed the state of political affairs but said that they were first determined to push forward economic, cultural, and social cooperation.

In doing so they believe they can strengthen mutual trust, allowing them to find common language on controversial issues.