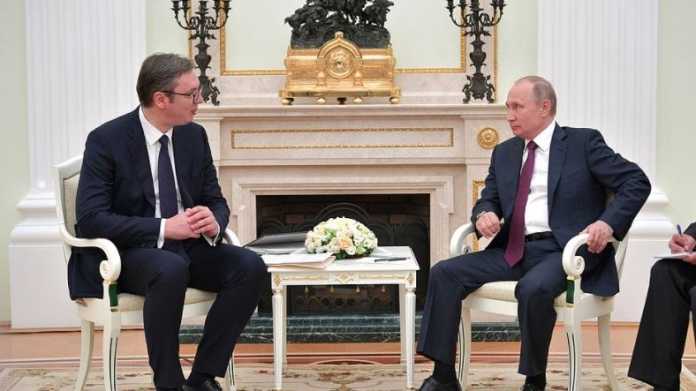 Serbian president Alexandar Vucic declared this Sunday that he has signed a 3-year contract with Russian president Vladimir Putin, for Serbia’s gas supply from Russia.

“I can’t speak about the price as of now. All details will be publicized through Gazprom. Serbia has agreed with president Putin to link the price of gas to the price of oil,” – said Vucic.

The current 10-year contract between Serbia and Gazprom is set to expire on May 31.

Vucic also stated that during their phone call, him and Putin had discussed regarding a possible expansion of the storage space for gas within Serbia.

“Putin told me to call him back if there was something more that needed to be discussed,” – added Vucic.

Serbia is a country that aim at joining the European Union, which is why it has been facing immense pressure from Western states recently, regarding its foreign policy and links to Russia, that have led to Serbia being the only country in Europe which has yet to impose sanctions against Russia.

Back in 2008, the Balkan country put its gas and oil sectors under the command of Russian companies. Gazprom Neft and Gazprom together hold the majority of stock in the only oil company in Serbia whereas Gazprom is also the greatest shareholder in the only gas storage unit in the country.