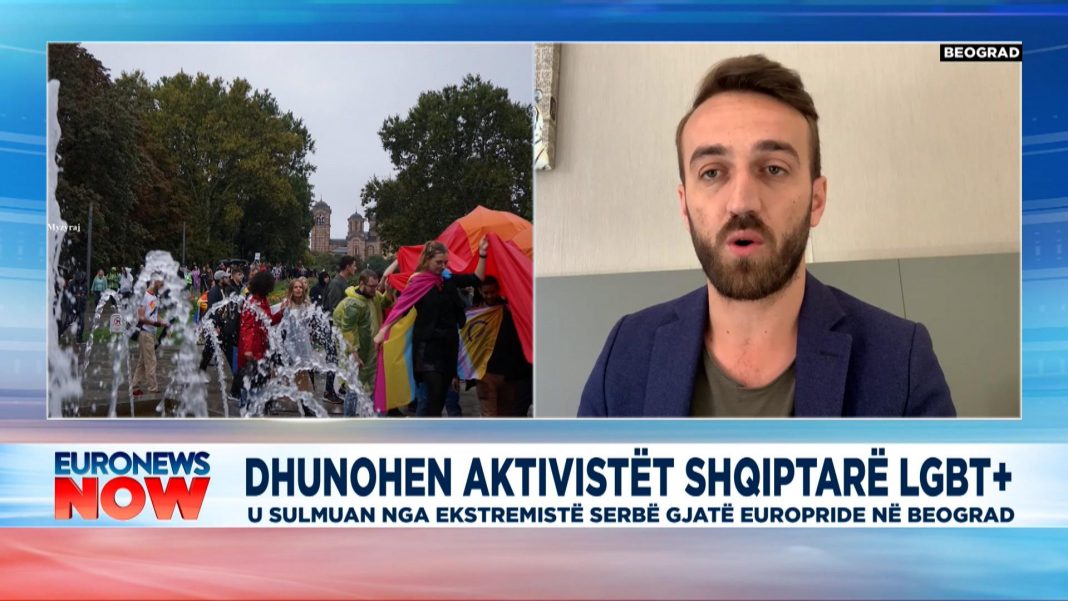 Isa Myzyraj, journalist and activist told Euronews Albania that 10 Albanian LGBT+ activists were attacked by Serbian extremists after the Pride Parade in Belgrade.

Myzyraj said that the Albanian activists were assaulted just a few meters before entering the hotel, even though they did not have any clearly identifiable marks to indicate that they were participators of the Europride.

He said that 2 of the group of Albanian activists ended up in the hospital due to injuries, but the state of their health is much better now.

Myzyraj denounced the fact that the Serbian police did not intervene even though it was only a few meters away from the place where the incident had taken place.