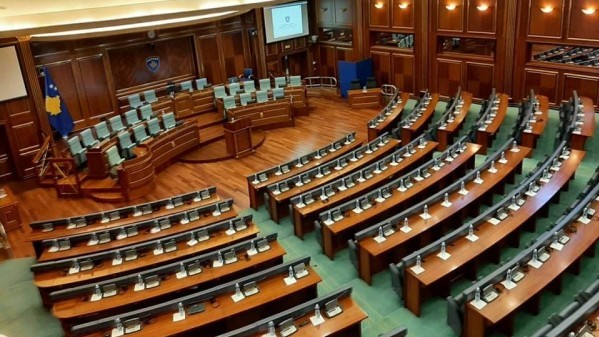 The Parliament of Kosovo will be meeting again today in order to recap last night’s plenary session with the goal of electing the country’s new president. Parliament will have to meet again today due to the fact that during last night’s first round of voting, the quorum wasn’t reached.

The parliament’s chairman, Glauk Konjufca has confirmed that the session will continue on Sunday at 17:00 p.m.

“In the absence of the necessary quorum for the validation of the repeated voting process of the first round of the president’s election, the session will continue on to April 4th 2021, at 17:00 p.m.” said Konjufca.

On Saturday’s session, the first voting round was repeated twice, as the quorum of 80 votes wasn’t reached.

78 MPs were present during the first voting round and 79 during the second. There are three MPs of the Democratic Alliance of Kosovo (LDK), Avdullah Hoti, Agim Veliu and Driton Selmanaj that didn’t participate in the first round of voting. It’s worthy of noting that all three of them have adhered to the same party as Vjosa Osmani, before she left LDK and is running for president after the proposition of VV (Self-Determination movement).

Even though they were present in the plenary session, MPs Enver Hoxhaj and Bedri Hamza left the hall, when it was time for the initiation of the first voting round.

MPs from AAK didn’t participate in this voting process, except for Albena Reshitja. She was the only one present in the parliament hall and she even voted for Osmani, thus taking a stance against her own party, led by Ramush Haradinaj.

Nasuf Bejta is also another candidate that has openly declared his disagreement regarding Vjosa Osmani’s election.