Office of Kosovo’s President Thaci: EULEX does not have a mandate to stay in Kosovo 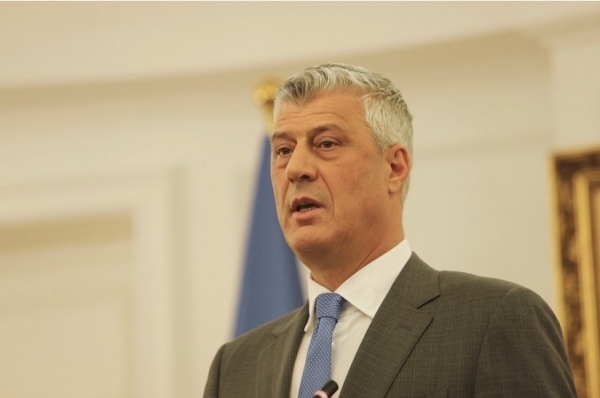 The mandate of EULEX’s mission expired on June 14 and there is no longer a mandate to stay in Kosovo. This was confirmed for KosovaPress by the Office of the President of the Republic of Kosovo, Hashim Thaci.

The Presidency of Kosovo has seen no reason to continue the current EULEX mandate, as a major mission, especially since Kosovo’s institutions have full powers and are fully competent to perform any task.

“Kosovo’s institutions have been able to take over all the competencies held by EULEX since a long time ago. Therefore, there has been a request from the Kosovo authorities that the EULEX mandate and the EU’s presence be reduced in the area of ​​Rule of Law and be the same as in other countries in the region,” it was said in their response.

However, despite the fact that President Thaci and the EU have not had a correspondence and negotiations for the extension of the EULEX mandate, the Office of the President confirms that pressure has been exerted to extend the existing mandate.

“There has been a lot of pressure for weeks on continuing the existing EULEX mandate. But, President Thaci has announced in every meeting that the mandate of EULEX was extended in 2018 and this was the last time that the mandate of this mission was extended. In meetings with the EU and EULEX representatives, President Thaci expressed his gratitude for the continued assistance in strengthening the Rule of Law in Kosovo and assessed the EULEX mission as successful. But now is the time for all EULEX competencies to be transferred to local institutions. Kosovo no longer needs EULEX, but will accept any support from the EU for strengthening order and law, as is the case in the countries of the region. EULEX no longer has a mandate to stay in Kosovo “, it is said at the end of the response of the Office of the President.

Agim Nuhiu, a member of the electoral staff of the Democratic Union for Integration (BDI), as well as the current deputy minister of justice,...
Read more
NOW

Berisha wants to take over the DP to protect himself, declares Roland Bejko