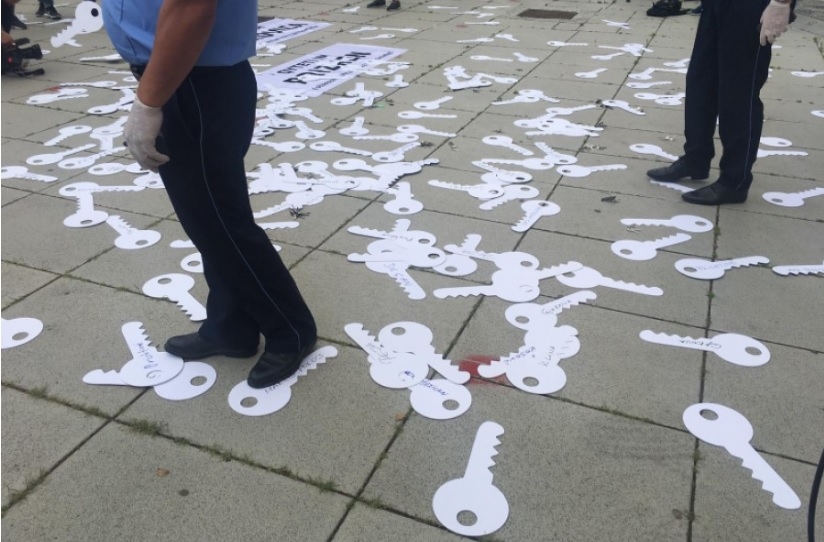 The Gastronomical Association of Kosovo and other private enterprises surrendered their keys to the government of Kosovo as a sign of protest, blaming the government for a lack of support during the pandemic and as they face financial difficulties due to the restrictive measures.

Protesters have called on the government to extend working hours even after 9:00 PM, support for wages, rent paying and tax reliefs and defer deadlines for the repayment of loans.

“Today we are doing this symbolic gesture, we are surrendering our key because you have obliged us to do so through your actions. But if we do not achieve our objective, we won’t stop. We were the first to businesses to shut down without even being told. We expected support from you, something that has not been offered from you in the last 20 years. Shame on you! You have commonly referred to us as virus transmitters. Today we are telling you: we have families also, we have parents also. We don’t want to transmit the virus to our relatives, we work to support ourselves”, said Petrit Kllokoqi, head of the Association of Gastronomers in Kosovo.

He said that private business in Kosovo are in a grave condition, as he emphasized the difficulties of over 30,000 workers in this sector.

According to Kllokoqi, it is time for the government to adopt the recovery budget as he warned that if their requests are not addressed until next week, they will turn to the government and submit their fiscal coffers.

After surrendering their keys, some of the protest organizers headed to the government’s offices.