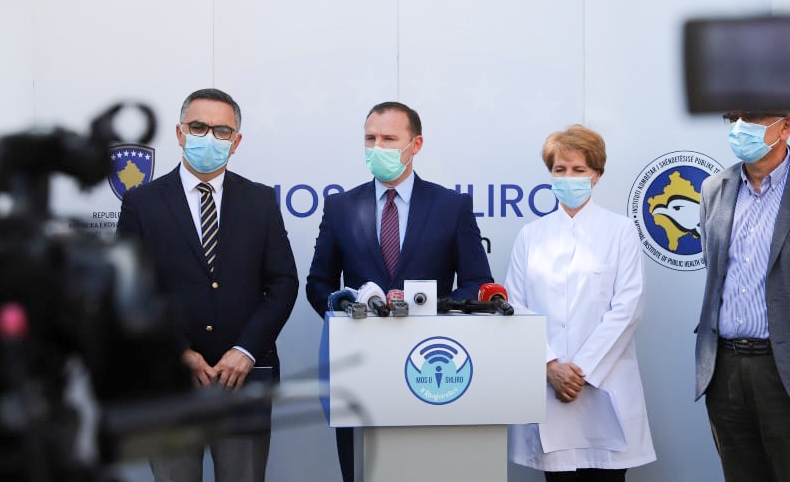 The Government of Kosovo has proposed a series of new measures, around 22, which are expected to be approved soon and enter into force on July 30.

One of the measures is seven days of self-isolation for persons entering Kosovo from Albania and some other countries in the region starting from July 30.

“From July 30, 2020, all citizens of the Republic of Kosovo who come from countries with high risk of infection such as Albania, Northern Macedonia, Montenegro and Serbia, are forced to self-quarantine for 7 days in their houses.”

“From July 30, all citizens of the Republic of Kosovo (citizens with a residence permit or temporary residence permit) who leave the territory of the Republic of Kosovo and do not return within 48 hours are required to prove that they are not infected with COVID-19 with RT-PCR test on Sars COV-2, otherwise they must be isolated for 7 days in their houses/apartments,” the decision states.

Minister Armend Zemaj said that it is up to the municipalities to decide whether or not to open public and private kindergartens.

Meanwhile, there is still no decision on whether or not to allow the Eid prayer.

However, apart from the obligation for self-isolation, other proposed measures have not been confirmed yet and the government is expected to publish the list soon.

For several weeks now, Kosovo has had a surge of new COVID-19 cases and victims, with the country recording more than 100 or 200 cases every day.