From war commander to state leader, who’s the former President heading to The Hague 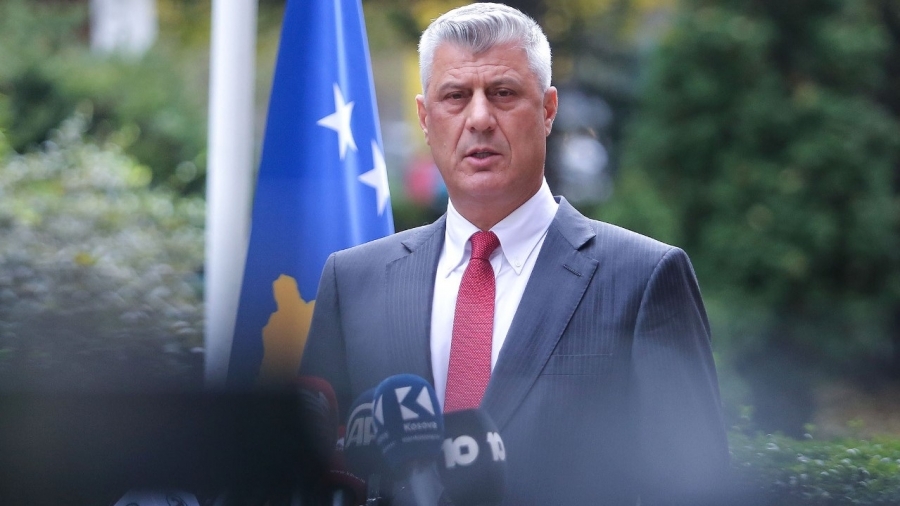 Hashim Thaçi is an important actor who has dominated the political life in Kosovo after the war period, starting off as first Prime Minister and then as the fifth president of the republic.

The former KLA commander, decided to exchange arms for power, and was among the officials to read the Declaration of Independence on February 17, 2008.

He has also served several mandates as the Prime Minister of Kosovo.

The 52-year old studied Philosophy at the University of Pristina, before moving to Switzerland where he joined the Kosovo Liberation Army in 1993.

Later on, he became a high ranking official of the KLA, more concretely as its political commander, and participated during the negotiations that led to the Rambouillet Agreement.

After the war, Thaçi became the chair of the Democratic Party, carrying it to victory in 2007.

He then became the head of the executive, right after the country declared its independence.

During his presidency, Thaçi was in favour of ratifying demarcation with Montenegro, which led to a major loss of territory, say experts.

In 2020, the former US National Security advisor, John Bolton, claimed that the idea for the exchange of territories between Kosovo and Serbia was first brought up by Thaçi and Serbian president Aleksandar Vučić, where Kosovo would take the Presevo Valley in give up the northern part of the country.

But, Thaçi has continuously dismissed the claim as a fraud.

In June, the Specialist Prosecutor’s Office filed charges against Thaçi and the leader of the Democratic Party of Kosovo, Kadri Veseli. They are accused of war crimes during the War of Kosovo, including crimes against humanity, murder and torture.

The indictment claims that Thaçi and Veseli are criminally responsible for nearly 100 killings including Albanians, Serbs, Roma and political opponents.

Kosovo Specialist Chambers and the Specialist Prosecutor’s Office is headquartered at The Hague, known as the Special Court for War Crimes in Kosovo. It was established in August 2015 with a special amendment in the Constitution of Kosovo, which at the time received the support of Thaçi himself.

It remains unclear whether the court’s mandate will expire this year or if the European Council will prolong its activity.

Last year, former Prime Minister Ramush Haradinaj submitted his resignation after being indicted by the Specialist Chambers on war crimes.