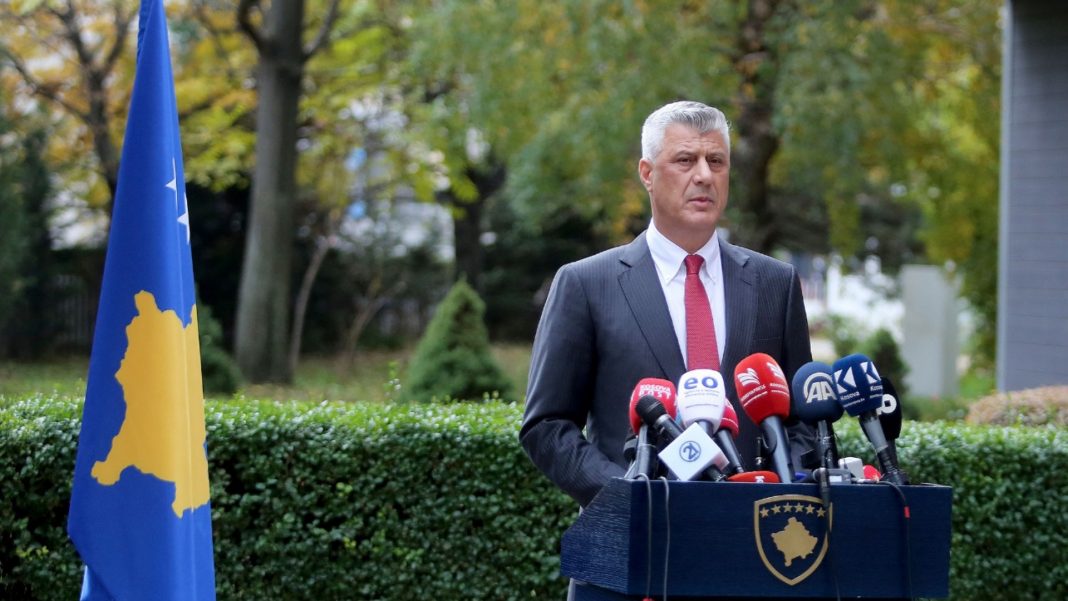 The President of Kosovo Hashim Thaci announced his resignation during a press conference on Thursday as he stated that the SPO has confirmed the indictment against him.

“These moments are hard for me, my family and for everyone that has supported and trusted me during these three decades on our efforts for freedom,” Thaci said, adding that he is in close cooperation with justice.

Thaci said that he will not fight the confirmed charges in office and will resign as president to face the war crime trial.

The indictment against President Thaci was for a range of crimes against humanity and war crimes, including murder, enforced disappearance, persecution and torture.

“I am proud to have been part of the KLA, the most sublime value of the Albanian nation”, he said during the announcment.

Thaci has been president since 2016 and was Prime Minister before that. He led the Kosovo Liberation Army (KLA) during the war against Serbian forces in 1998-1999.