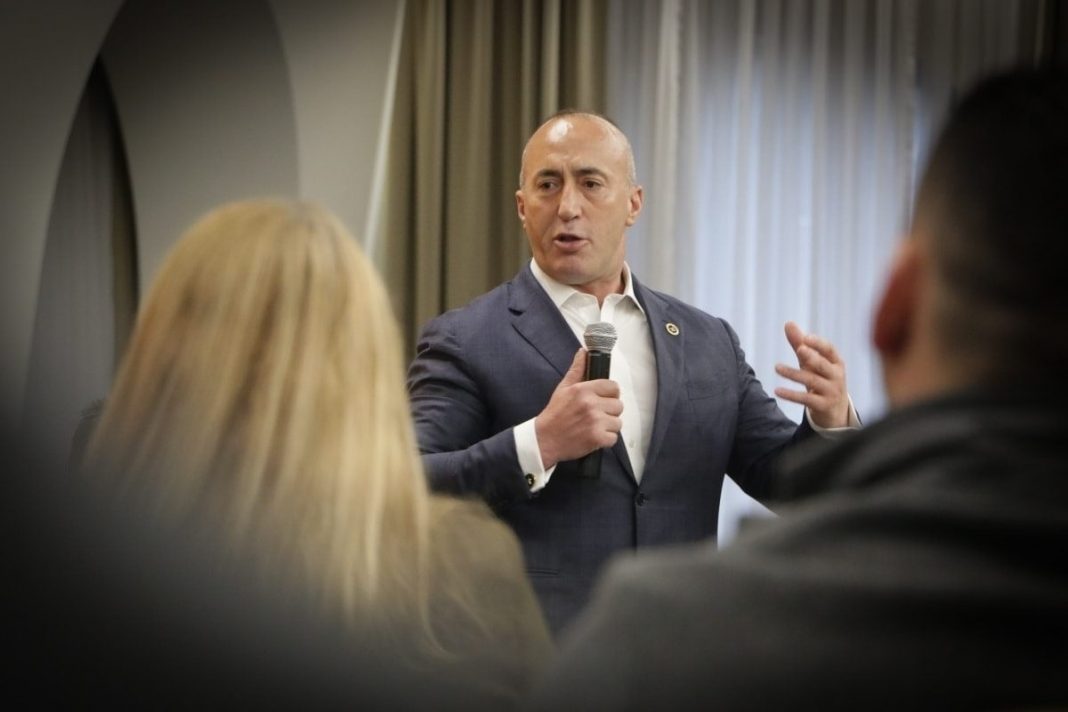 The Chairman of the Alliance for the Future of Kosovo, Ramush Haradinaj said in a meeting with his supporters that in case Kosovo in not a part of NATO or the UN in 4-5 years and if the EU does not reach an agreement with Kosovo for visa-free travel, he will seek referendum on the unification of Kosovo with Albania.

“I have a question to you all; what will happen after 4-5 years if there is no progress in Kosovo? If Kosovo is not at the doors of NATO and if the EU does not allow visa liberalization for Kosovo… they have not yet recognized our independence but instead, they drag us into dialogue and hold us back. What will happen if we are not at the doors of the UN?” Haradinaj said.

“We should no longer accept that we are a frozen conflict, as Vuçi says, but then we will enter the referendum to join Albania”, said Haradinaj.

“We should no longer accept that we are a frozen conflict, as Vucic states, but we should seek referendum on the unification with Albania,” he concluded.