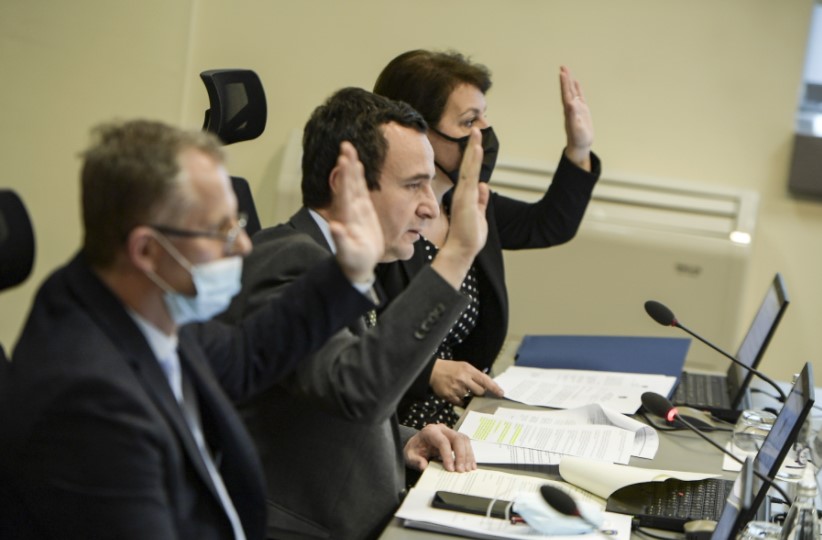 The government of Kosovo has just approved the new measures waiting to be put in place against the spread of the COVID-19 virus.

Their announcement stated that starting from today at 22:00 until 05:00 in the morning, the movement of citizens will be prohibited until further notice, except for emergencies.

Among other things, public and private institutions of secondary education will conduct their lessons online from April 12th-18th, whereas universities from April 6th-18th.

Foodservice businesses will be forced to suspend their activities from April 6th-18th, with some exceptions.

“Gastronomic businesses are only allowed to work for ‘to-go’, ‘drive-through’ or ‘home delivery,” stated the minister of Health.

It was the Minister of Health, Arben Vitia, who presented the restrictive measures during the gathering of the administration.

The most recent verdict also forces all citizens of Kosovo, to present proof verifying that they passed a negative RT-PCR test, no longer than 72 hours before entering the country.

All citizens that don’t fulfill this condition, will have to undergo self-isolation for 7 days.

Restrictive measures also affect public and private institutions, as they’re asked to only require their essential staff to come out to work.

Since the onset of the pandemic in Kosovo, 1926 citizens lost their lives to COVID-19.

The Minister of Health, Arben Vitia, during his word after the government meeting, stated that the electoral campaigns for the February 14th elections have considerably affected the rise of infections from COVID-19. He added that the new measures won’t allow for large gatherings of ten people or more.