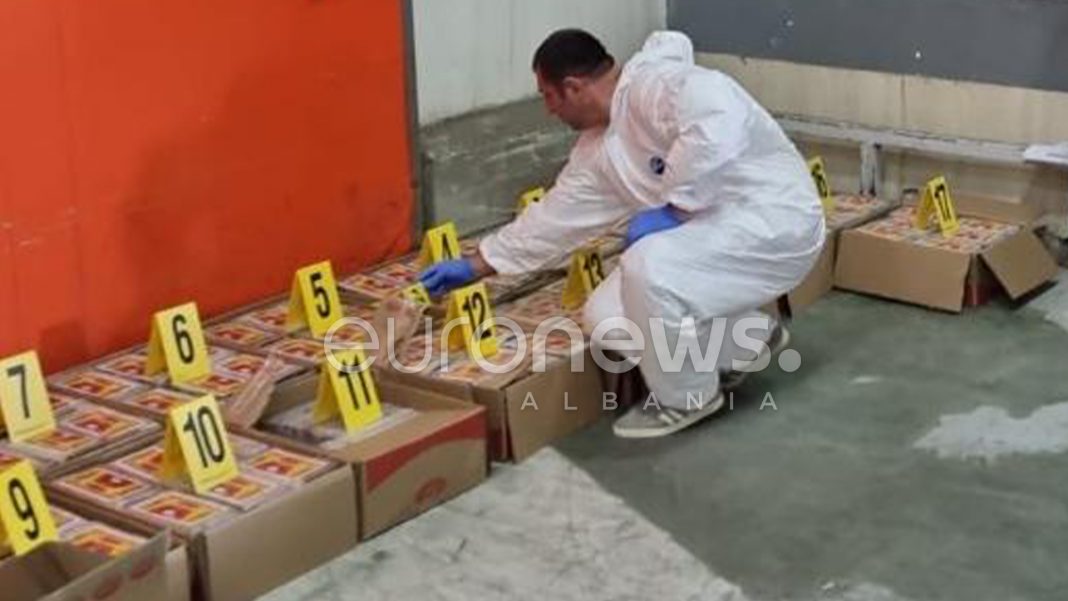 Kosovo State Police has seized several kilos of cocaine found inside a consignment of bananas arriving from Albania. Initially, it was reported that the amount was over 2.2 tons, but official sources only confirmed the information at 2 PM.

Euronews Albania correspondent in Pristina, Kosovë Gjoci, said authorities had seized 250 kilograms, but the exact amount will have to be confirmed by police authorities set to hold a press conference later during the day.

Sources told Euronews Albania that authorities had a tip-off and were keeping an eye on a red truck traveling from Italy to the port of the Durres then eventually trying to cross through the border in Kosovo, where it was busted in an operation led by Italian, Albanian and Kosovo authorities.

Stashing drugs in containers importing fruit from Latin America has become a major means of transportation to Albania.

In 2018, a joint international operation led to the seizure of 613 kilograms found inside a container shipping banana to Albania. Similarly, last month two other operations found another 143 and 49 kilos respectively.

Albanian police believe that organized crime groups have strong ties with producers in Latin America, but until today there have not been any operations leading to massive arrests.