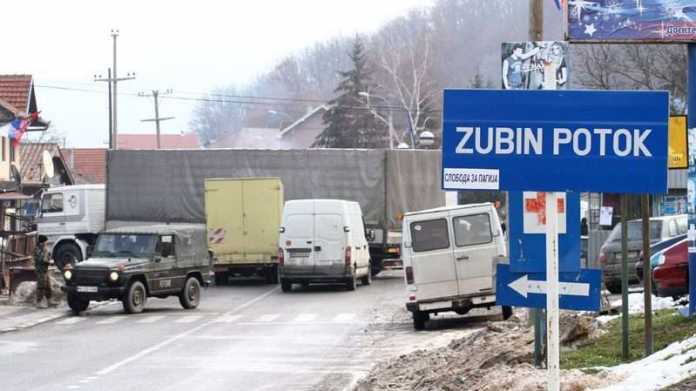 The Registration Center in Zubin Potok was set aflame by Serbs at midnight as they refuse to accept the reciprocity for license plates, the most recent row between Kosovo and Serbia.

The minister of interior affairs Xhelal Svecla denounced the attack as a “criminal and terrorist attack”.

He also warned of a potential de-escalation at the Jarinje and Bernjak border crossings in absence of the special police forces deployed there.

Minister Svecla called on citizens in the north to respect the law and avoid succumbing to what he called “political manipulations”.

Serbia does not recognize Kosovo and as a result, it refuses to respect the agreement, which began to be enforced on Monday by the government of Albin Kurti.

President Vjosa Osmani explained that Kosovo is simply respecting the agreement, and called on the international community to urge Serbian authorities to stop the provocations.