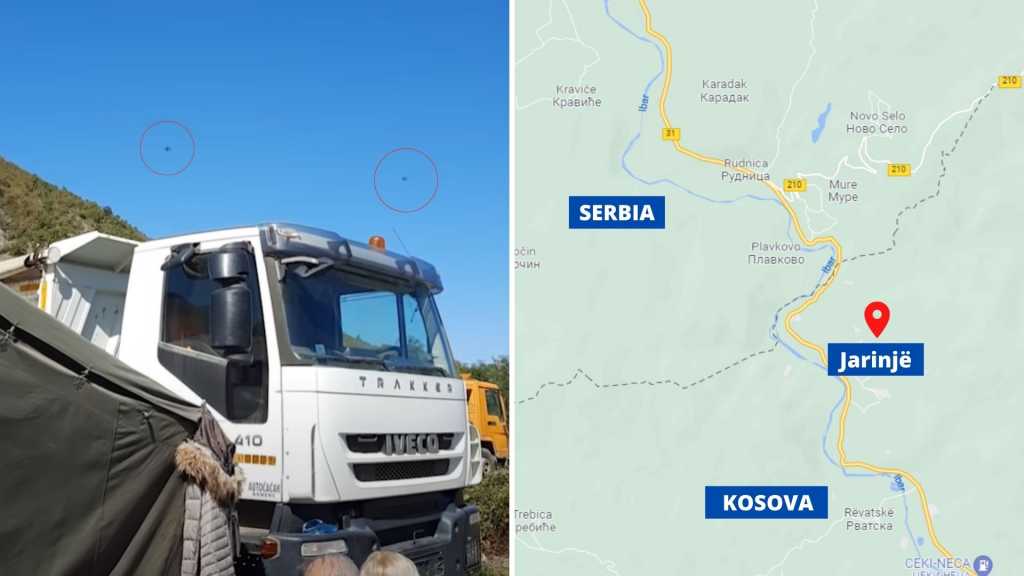 Local media ‘Kosovo online’ posted camera footage of the moment where the two fighter aircraft flew over, around 12 PM.

Other footage was also posted on social media.

The situation in Kosovo has spiraled in the last week, after Prime Minister Albin Kurti reimposed reciprocity on license plates, requiring all Serbian cars entering into the territory to temporarily switch to Kosovar plates, as has been the practice on the other side of the border.