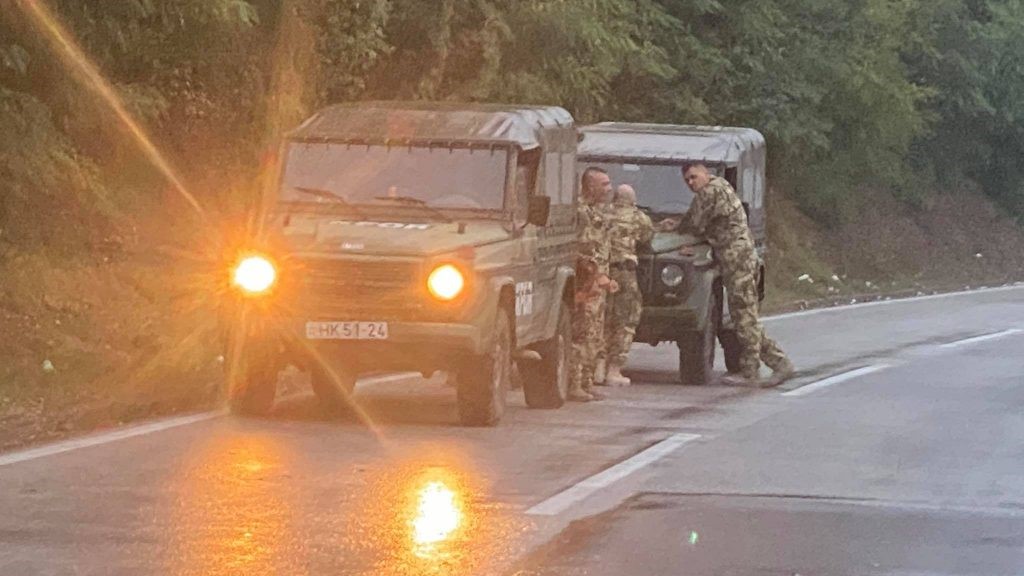 Dozens of KFOR soldiers and two vehicles have been deployed at the border in Jarinje.

Their mission is to monitor the situation and it has not been confirmed whether there are plans for potential intervention.

Local media KosovaPress reported similar incidents at another border crossing in Brnjak, where two KFOR vehicles are stationed there.

Prime Minister Albin Kurti said that the best solution would be that both Kosovo and Serbia to remove temporary license plates.

Whereas Prime Minister Rama said that Kosovo has won the war. He added that the presence of Serbian planes near the border with Kosovo is “propaganda actions”, which cannot be a threat to Kosovo.

“Kosovo has won the war. The war is over. Those planes and helicopters that fly over there are for propaganda inside Serbia, but they have nothing to do with Kosovo at all”, said Prime Minister Rama.