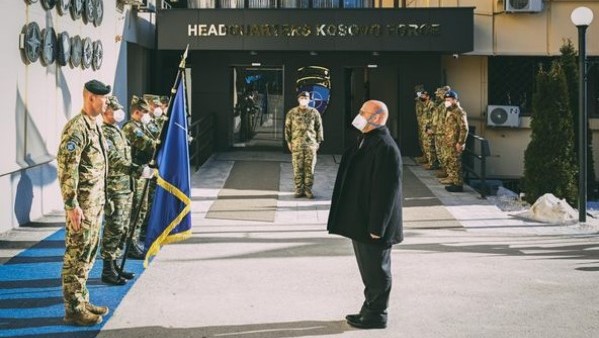 NATO peacekeeping forces in Kosovo have the unwavering support of the United States, said the new ambassador in the youngest European state, Jeff Hovenier.

In a meeting with KFOR Major General Ferenc Kajari he said that the contribution of the US forces in the Bondsteel military base is proof of the commitment towards regional stability.

Meeting with @NATO_KFOR Commander MG Kajari, reaffirmed the U.S.'s steadfast, continued support for #KFOR. U.S. troop contributions at Bondsteel, one of the largest among allies, is proof of our commitment to @NATO_KFOR's indispensable role ensuring regional stability. pic.twitter.com/cCSjzIWNyQ

The meeting with KFOR Major General Kajari, reconfirmed the unwavering and continuous US support for KFOR. The contribution of US troops to Bondsteel, one of the largest among Allies, is a testament to our commitment to the essential role of KFOR in ensuring regional stability,” wrote the American diplomat on Facebook.

KFOR is an international NATO-led force-keeping force in Kosovo.

Its mission began in 1999, as an operation to sustain peace as mandated by the United Nations Security Council Resolution 1244.