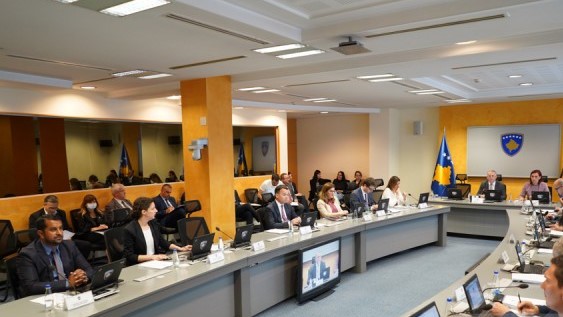 Kosovo’s government has increased its sanctions against Russia, in compliance with the sanctions set in place by the United States and the European Union, this Monday.

The deputy minister of foreign affairs and the diaspora, Kreshnik Ahmeti, stated that during today’s government meeting, Kosovo has decided to side with the policies followed by the US and the EU in regards to the sanctions against Russia.

The latest package of sanctions includes bans for Belorussia as well.

Kosovo’s sanctions will include freezing the assets of all individuals sanctioned in the territory of Kosovo, banning their operations in Kosovo’s financial market, and banning travel and access to funding for all sanctioned individuals.

Along with these sanctions, Kosovo’s government has also decided to impose restrictive measures against the Wagner group, which is made up of mercenaries based in Russia.

Kremlin has claimed that Wagner is a private group, however, it is considered to be an ally of the Russian president, Vladimir Putin.

Mercenaries from this group are suspected of crimes in Mali, Libya, and Syria.

Kosovo and other Balkan countries – except for Serbia – have supported sanctions imposed by the West against Russia.