Ex-minister explains how Kosovo could become a member of CoE 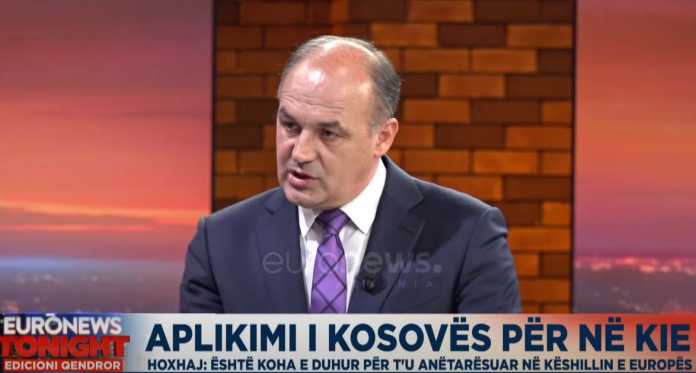 Former foreign minister of Kosovo, Enver Hoxhaj, said that he was certain that Kosovo would become a member of the Council of Europe even though he believes the process will take time.

The PDK MP said that the Council of Europe will be evaluating the application after which it will send a delegation to Prishtina to oversee the rule of law, the application of human rights as well as democracy in the country, after which they will make a formal decision.

“Kosovo’s application to the CoE is a necessary process since this is Europe’s oldest organisation and Kosovo its youngest nation. Kosovo is the only country in Europe which isn’t a member,” – he said.

The fact that Russia is no longer a member, according to the former MFA, means that now is the right time for such a step to be taken.

“Kosovo’s application has been impossible so far due to Russia being a member state. And that’s not the only reason, because many eastern countries would follow pro-Russian policies,” – added Hoxhaj.

During the last meeting of the CoE, Kosovo’s application wasn’t made part of the agenda at least until May 2023.

Kosovo’s application will need to get the approval of two thirds of voters during the Council of Europe’s Parliamentary Assembly.

There is a total of 46 member states in this Council, whereas the Assembly is attended by 306 members that are elected as representatives from these nations’ parliaments.