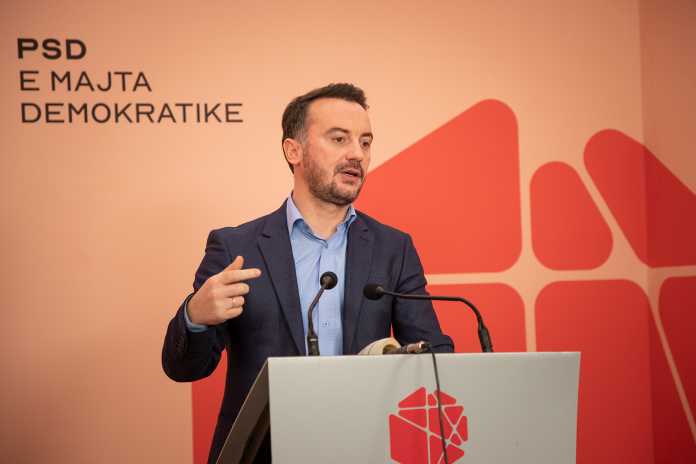 Kosovo police have arrested that head of PSD Dardan Molliqaj. This took place after today’s veterans protest where he also participated.

An arrest warrant was issued against Molliqaj after his physical assault against MP Haki Abazi.

The incident took place after a televized debate in Kosovo.

Molliqaj asked Abazi for an explanation and during thejr arguments he punched Abazi in the face.

The reason for their arrest still remains unclear.

All three individuals that were arrested by police today were present at the KLA veterans protest in Prishtina, Kosovo.