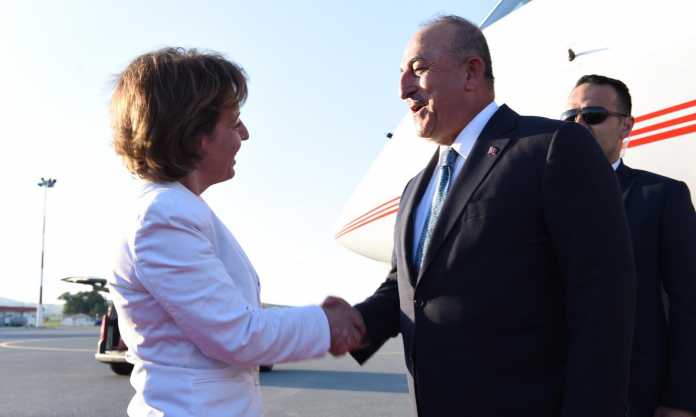 Turkey’s foriegn minister, Mevlut Cavusoglu declared during his visit to Prishtina today that FETO’s presence in Kosovo hurts relations between both countries.

The Turkish minister said that FETO is investing in Kosovo’s press as well as through infiltrating  public institutions like it has done in Turkey and other countries around the globe.

“This is why we say that it is concerning to find them here and we know that they are a danger for the future,” – he said.

Cavusoglu was received in today’s meeting by deputy PM and foreign minister Donika Gervalla during which they signed a joint agreement aimed at increacing the number of flights between both countries.

“Through this agreement we will further increase contact between our nations as well as the number of tourists going from Kosovo to Turkey and from Turkey to Kosovo,” said the Turkish minister.