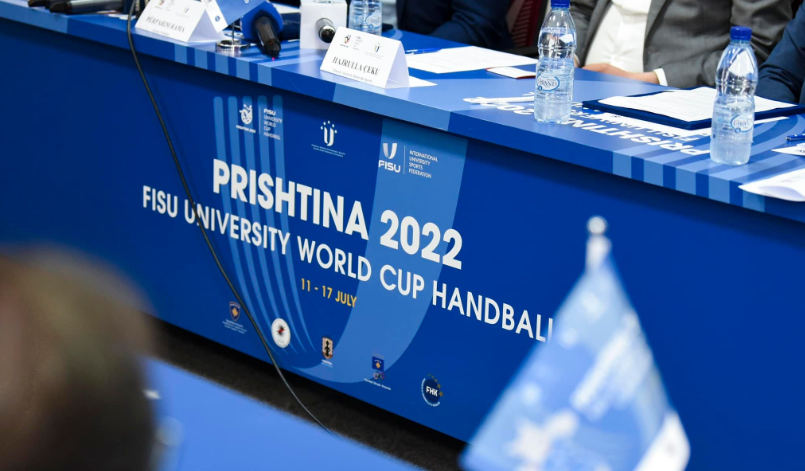 From July 11-17, Kosovo will be hosting the World Cup championship for university handball teams.

For 6 days, students from around 20 countries worldwide will be staying in Prishtina, where they will compete for world championship titles.

The Physical Education Faculty, Ministry of Culture and Sports, the Federation of Handball, and the Commune of Prishtina have joined forces for the organization of this world-famous event.

Musa Selimi, the dean of the Physical Education Faculty, told KosovaPress about the importance of this event as well as the efforts made in order to win the right to hold this event.

“Yes, we’ve faced quite a lot of rivalry. There have been several states which have applied in the competition for FISU, which was held in Lausanne, where its headquarters are also located. We presented a detailed project, through which we represented Kosovo and the capital of Prishtina, we presented our gyms, and our campuses, and after going through all the steps and meeting with commission members and being interviewed by their panel we were ultimately able to win this and bring the event to Kosovo,” – said Selimi.

A considerable number of countries that are participating in the event still haven’t recognized Kosovo which is why Selmi said that this will serve as a chance to show the true values of Kosovo to the world.