Kosovo issues a set of new sanctions against Russia 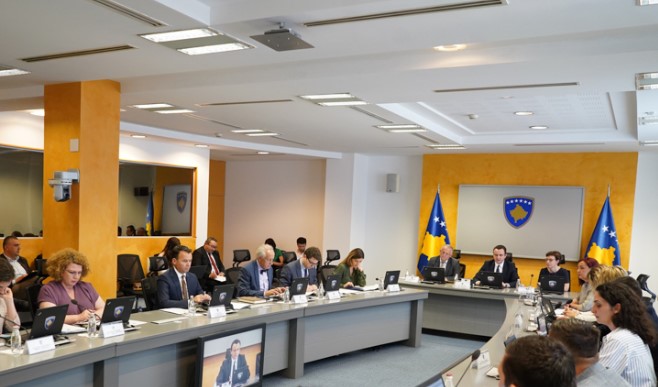 Kosovo’s government has decided to impose a set of new sanctions against Russia following its military aggression in Ukraine.

Deputy PM Donika Gervalla said that during today’s meeting, making these types of decisions will contribute to the continuation of the country’s close cooperation with the United States and the European Union.

Restrictive measures that prevent new investments in the energy sector by Russia as well as the limitation of exports to Russian industry are only some of the sanctions imposed on Kosovo’s government.

“These sanctions will also include an all-inclusive ban on the export of devices, technology, and other services to the Russian energy industry, excluding the nuclear industry and the low-end sector of energy supply. We will also introduce measures that will halt all transactions with several state-owned companies, which have also faced limitations when it comes to refinancing, and lastly, we will ban all loan evaluation services,” – said Gervalla.