38% of citizens say “no” to vaccine, according to survey from MRB and Euronews Albania 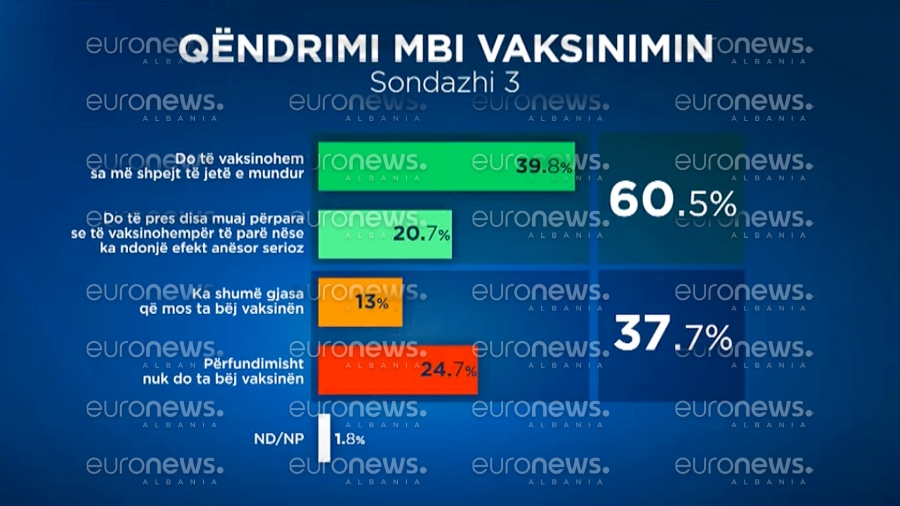 Albania’s COVID-19 vaccine rollout is continuing for priority groups, such as medical and education personnel and the elderly, but on the other hand, 37.7% of citizens have said that they refuse to get the jab.

This was of the findings of the third national survey conducted by the prestigious company MRB and published by Euronews Albania.

1.600 citizens were interviewed in March and asked whether they want to receive the COVID-19 vaccine, of which around 60% said “yes”.

However, the percentage of those surveyed who rejected the dose remains also significant.

Noticeably, the rejection rate is higher among the 18-34 age group, as opposed to citizens from the age of 55-75 who were more prone to receive the vaccine.

Citizens were more divided on their willingness to take the vaccine when it came to AstraZeneca, while its rollout has been suspended in over 10 countries.

However, after the European Medicines Agency approved its usage after concluding that blood clots were not related to vaccines, many states resumed the vaccination process.