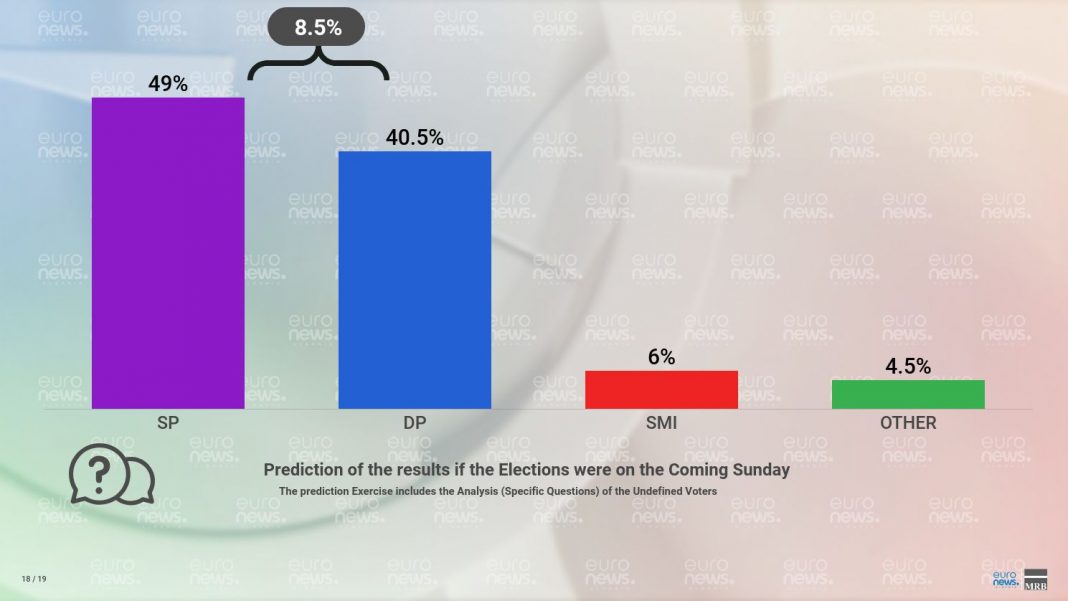 If the April 25th elections would be held next Sunday, the Socialist and Democratic parties would be getting the majority of the votes, almost 90% in total.

The fourth national survey consisting of interview conducted in the timespan March 7th– 31st, predicts that 49% of votes will go to SP and 40.5% to DP.

The survey didn’t only include participants that have declared their vote, but also undetermined voters, who were asked a set of carefully analyzed and specific questions in order to understand who their vote would go for.

According to this forecast, the Socialist Movement for Integration (SMI) will only be getting 6% of the votes on a national level, whereas 4.5% would be going to smaller political subjects racing on April 25th.

The large decline in SMI’s result is also noticeable in the changes compared to the first survey conducted by MRB and Euronews Albania. From 11.2% in the first forecast, it has now dropped to 6%. SP has seen a slight rise as from 47.3% it is not at 49%, whereas DP has seen the sharpest rise from 34.4% to 40.5%.

The National Survey assesses 2.500 interviews during the period 17-31 of March in rural and urban areas in Albania.

Copy of Projeksioni by Euronews Balkans