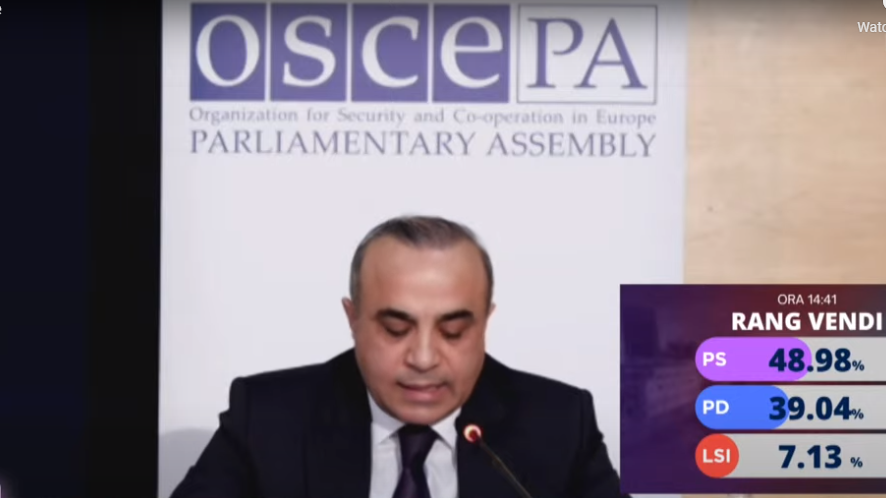 The observing mission of OSCE/ODIHR held their first press conference regarding the development of the electoral process in Albania.

Azay Guliyev, special coordinator and short-term director of the observing mission in Albania said that CEC was able to fulfill the majority of conditions. Its operations were transparent and enjoyed the trust of all actors involved. However, he didn’t fail to point out that there were allegations of vote-buying and selling, something which continues to constitute a widely spread issue.

“This campaign didn’t have the dynamic it should have had, because messages were focused on the political leaders and allegations of vote-buying were dominant during the entire campaign, which means that this remains to be a widely spread issue,” said Guliyev.

Azay Guliyev also put an emphasis on the use of public administration resources from the cabinet ministers, something which is illegal, and has been used to the advantage of the party in power.

“Despite the solid legal framework that prohibits the use of resources of the public administration and minimizes the advantages of the party in power, ministers continued their campaigns while committed to their official duties. This resulted in a kind of publicity that gave a big advantage to the party in government, in the offering of stimuli and in an implied pressure over civil subordinates, which remain to be a problem,” he said.

Guilyev also mentioned SP’s databases, where there were personal data of more than 900 thousand citizens, adding that this is considered a serious violation of privacy, only serving the interest of the parties.

Azay Guilyez also said that during these elections, there haven’t been any problems with the voters’ lists.

“Despite challenges posed by the COVID-19 pandemic, we did our best to bring through as many observers as possible,” he emphasized.

Guilyev also mentioned the electoral reform as a positive development for the preliminary success of these elections and praised the pilot project of electronic voting and biometric identification, despite a few issues that found resolution during the electoral process.