US mission on OSCE report: We welcome SPAK’s investigation of electoral crimes 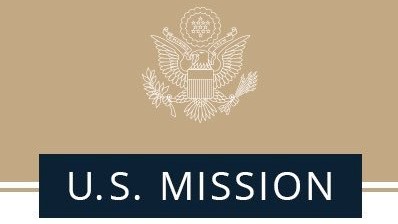 Through a declaration on Albania’s elections, the US mission in OSCE/ODIHR congratulated the Central Electoral Commission (CEC) on conducting a well-organized and transparent electoral process, “despite the challenged imposed by the pandemic and the implementation of new technologies”.

The US encourages the justice system to say its word by holding accountable all those that violated the law and obstructed citizens’ right to vote freely and be a part of a fair electoral system.

“We welcome the Special Anti-Corruption Court’s (SPAK) announcement of investigations of electoral crimes,” stated the report.

While emphasizing the success of the application of the new Electoral Code, the declaration also points out the concerns and various problems that were present during this electoral process in Albania.

“While there were many positive aspects of Albania’s parliamentary elections, the United States notes the OSCE observation mission’s finding that the ruling party derived significant advantage from its incumbency, including through its control of local administrations and from the misuse of administrative resources.  We also note their finding that widespread practices of vote-buying remained a problem, and we reinforce concerns over the leaking of sensitive personal data, including the political preferences of voters.  The United States reiterates that law enforcement and the judiciary should hold accountable any individual who violated the law and obstructed the people of Albania’s right to vote in free and fair elections,” writes the report.