EU integration, Brdo Summit calls to the attention of the Balkans obligations on minorities 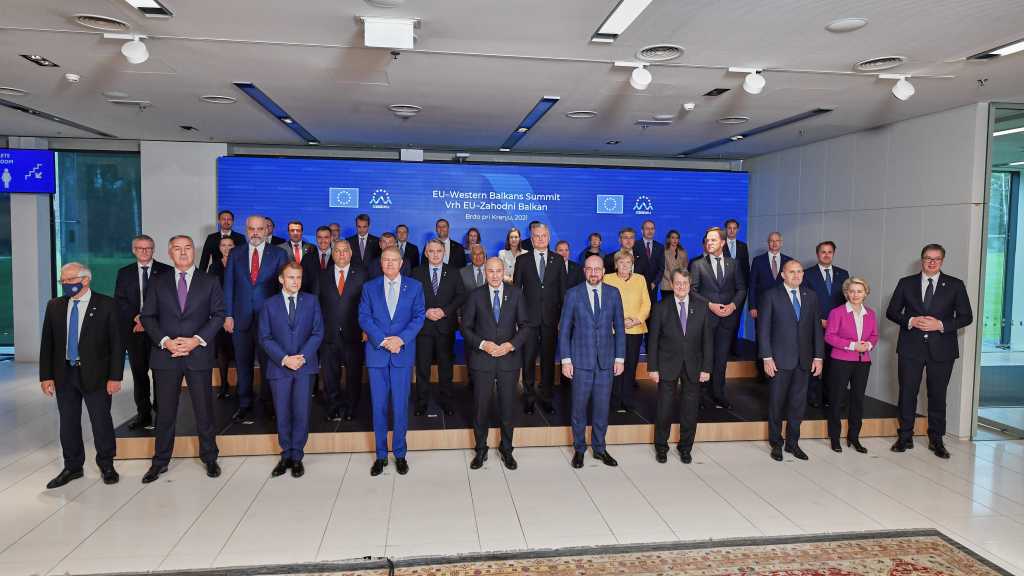 The Brdo Summit, an important intergovernmental event that brought face-to-face EU and Western Balkan leaders wrapped up just shortly ago.

The President of the European Council, Charles Michel introduced the 5 main pillars which, as he said, comprise the “destiny of the Balkans in the EU”, from the strategic importance of the region to tackling corruption and continuation of the reforms, but also noting that it is necessary for the 27 member states to reach a unanimous agreement prior to opening the doors to what some have dubbed as “Europe’s front yard”.

While Albania and North Macedonia have often been praised for their achievements in the reforms, especially in the field of the judiciary, the two heads of state of the bloc’s main economies, namely German Chancellor Angela Merkel and French President Emmanuel Macron maintained quasi similar stances, implying that there is still a lot of work ahead and the region is not ready to integrate.

Asked on an approximate date for the accession, the chancellor stated “I don’t really believe in setting dates, I believe in making good on our promises: Once the conditions are met the accession can take place. Until now, none of the countries fulfill the accession criteria”.

On the other hand, even the French President continues to maintain a skeptical stance and recalled another point which is a precondition to European integration; human rights.

“Our wish is to give the Balkan countries a European perspective in the short term, as they are at the heart of Europe. Just look at the map […} We need to respond to those with political commitment and also investments to allow greater trade and human integration in the region and finally have a common policy for minorities, which is an issue that affects the whole region”, Macron said.

One of these national minorities in Albania is the Roma and Egyptian community.

The Albanian government has already taken some measures to protect the rights and foster the integration of the Roma in the Albanian society, noticeably the law for the protection of national minorities, where the latter are recognized as two of the nine national minorities in the country.

After the Poznan Summit in July 2019, the leaders of the six economies of the region, upon an initiative embarked by North Macedonia, signed the “Declaration of Western Balkans Partners on Roma Integration within the EU Enlargement Process”, where they outlined for the first time their objectives to “enhance efforts for full equality and integration of the Roma”.

They also committed to attain several goals, including here increasing the employment rate in the public sector, legalizing informal settlements, increasing the completion rate of education and their enrolment in schools, ensure broader universal coverage, and widening institutional support in cases of discrimination.

According to official data from the National Employment Service, 3,393 individuals from the Roma community were registered as unemployed (4.1% of the total), and 4,176 from the Egyptian community (5% of the total), while the same report points out to another problematic:

“About 66% of Roma and 36% of Egyptians lack education or have only completed primary education, which makes it impossible to employ and send them to vocational training,” according to data from the National Employment Agency for 2020.

But there are plenty of reasons behind these figures, to list a few segregated schools, lack of proper support, dropping out of school to help out their family financially, and more recently difficulty accessing online learning due to the pandemic as their families cannot afford computers, and sometimes do not even have electricity.

The Egyptian and Roma Youth Movement, an Albanian NGO advocating equal opportunities for these minorities, noted that a majority of Roma pupils could no longer attend school as they do not have computers, as well as the internet, to communicate online with their teachers.

In addition, antigypsyism is another factor that has led to segregated schools throughout the Western Balkans.

According to the 2021 Public Opinion Balkan Barometer conducted by the Regional Cooperation Council (RCC), 33% of respondents in Albania were ‘somewhat comfortable’ with having a child go to school with Roma children, while 10% responded ‘uncomfortable’.

In a separate analysis on the “Comprehensive policies that Aim for the Integration of the Roma and Egyptians”, the RCC points out poverty as another challenge that these minorities face.

“One of the obstacles to education is poverty and for this reason, the Ministry of Education, Sports and Youth studied the possibility of providing school meals for children […] A pilot project providing a meal was applied at Naim Frashëri High School (grades 1-9) in Korça, a school with a large percentage of Roma students, in 2012. The project proved to be a sustainable initiative and expanded to cover four high schools in Albania in 2017 but there were no further updates from the Ministry of Education, Sports and Youth if the project expanded to cover other schools after 2017”, the analysis noted.

These results are quite far from the objectives agreed to in the Poznan declaration, which requires a “completion rate in primary education to 90%” and “secondary education to 50%”, and are only one of the main indicators of why the Western Balkans might still have a long path ahead.