Protests in N.Macedonia, head of opposition: Kovacevski has to step down 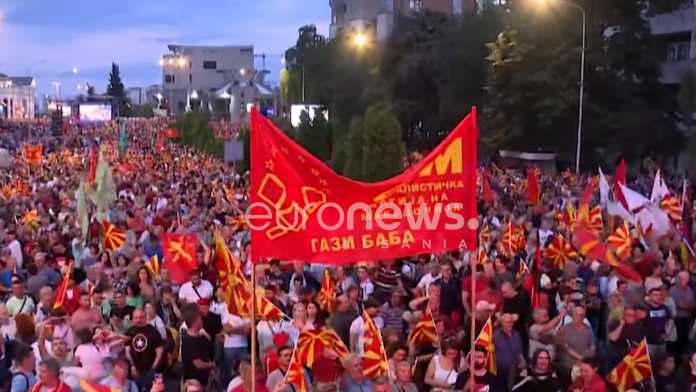 Through their protest called ‘Enough is enough’ the Macedonian opposition is demanding for snap parliamentary elections because according to them, the current administration has completely failed in managing the economic and energy crisis.

The head of VMRO DPMNE Hristjan Mickoski has also criticized the government’s approach when it comes to their negotiations with Bulgaria.

Mickoski has also slammed the country’s prime minister for his reaction to a comment made by PM Edi Rama during a recent diplomatic meeting in Germany, during which he introduced North Macedonia’s PM Kovacevski as “the prime minister of Western Bulgaria” later claiming it was just a sarcastic joke aimed at Bulgaria’s boycott of North Macedonia’s and Albania’s opening of accession negotiations with the EU.