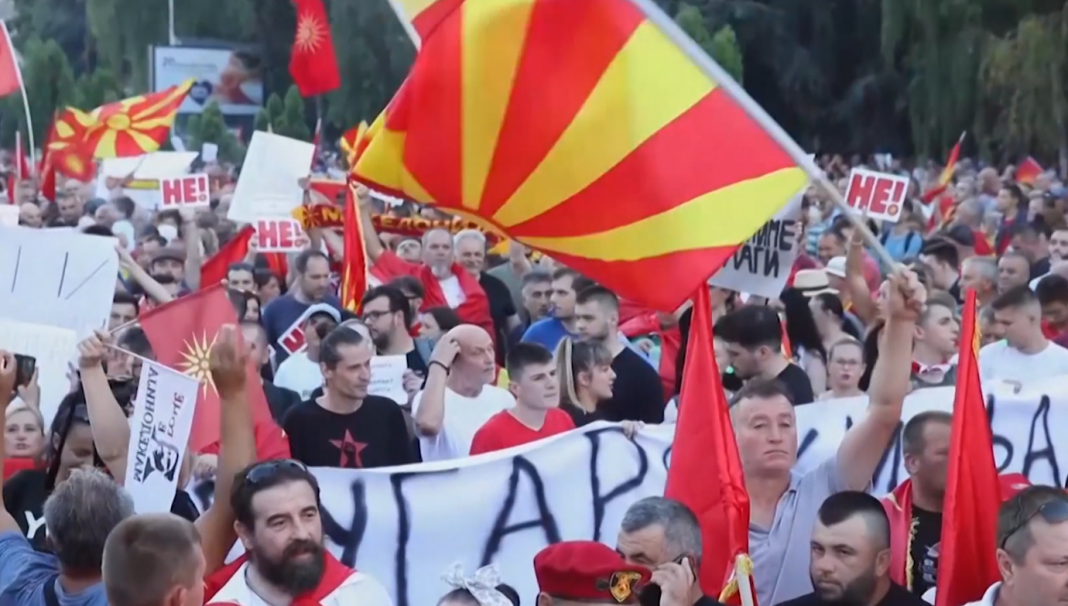 Tens of thousands of citizens holding their national flags in Skopje, went out to protest the recent French proposal which aims to resolve disagreements between North Macedonia and Bulgaria.

Demonstrators called on the government to resign with the main argument that they’ve been blocking the process of integration into the European Union.

For the past 17 years, North Macedonia has been a candidate in the EU integration process. However, Bulgaria used its veto power as an EU member to block this process.

Disagreements are also hampering Albania’s process because the two countries are being dealt with as a pair when it comes to their accession negotiations.

The protest ended peacefully and another has been announced for next week.