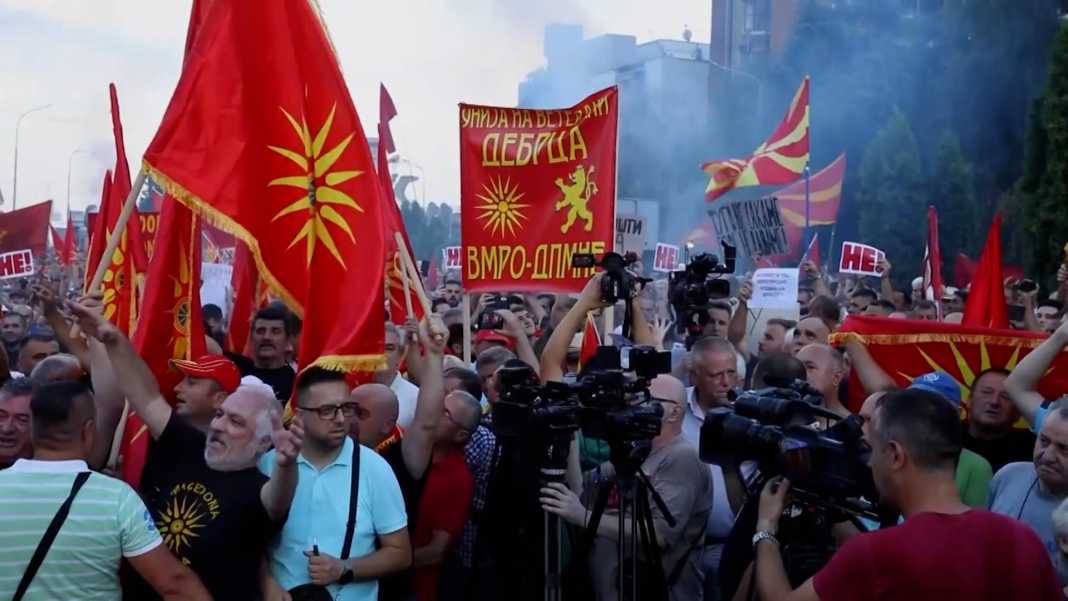 Kristijan Benito is one of the protestors in North Macedonia who has been sleeping under the open sky for the past 4 days due to anti-government protests currently taking place in Skopje.

“I sleep under open sky because my identity is Macedonian and my language is Macedonian,’” – said Benito, who is afraid that his language and identity are being threatened by his Bulgarian neighbors and the French proposal.

“I won’t allow for our nation to be assimilated. Our ancestors fought their own war, our generation must fight theirs. Nothing is excessive if your ideals are being questioned,” – he added.

It’s been 4 days since numerous protestors led by the main Macedonian opposition party VMRO-DPMNE, have been asking the government to refuse the French proposal.

They are also asking the government to refuse to subject themselves to Bulgaria’s demands, which they see as nothing but a gateway towards the ‘Bulgarization of books and national heroes’.

“They should immediately resign and we must hold snap elections. An administration that is pro-Macedonian should come to power that will bring the country to its previous independent state,” – said a citizen.

“This administration isn’t legitimate and it must go. Who authorized them to negotiate in our name about such important matters?” – said another.