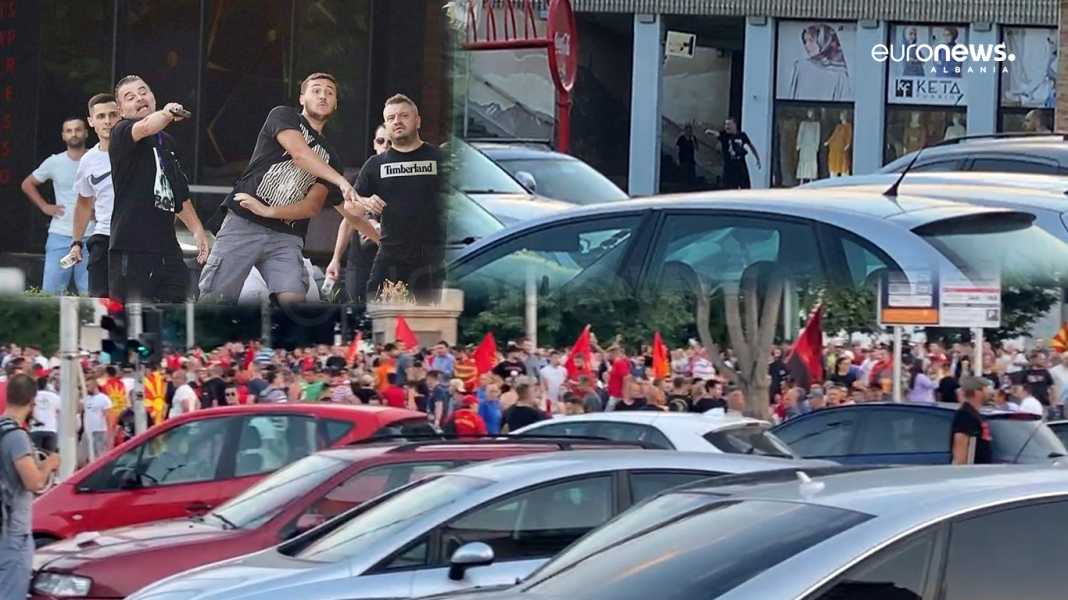 Isuk Koka, who pointed a gun at hooligans in Skopje to protect his hotel has been arrested by Macedonian police.

Journalist Ferikan Iljazi reported from Skopje that Koka shot into the air as a warning against dozens of Macedonian protestors who had approached his property intending to damage and vandalize it.

Koka said that he felt his property and his life were in danger and that he had to do something to protect himself.

He also added that because the police were too late to come to the scene, he was forced to shoot into the air in order to scare the hooligans.

After hearing the gunshots, protestors had allegedly given up and didn’t continue to vandalize the hotel.

This was the second time that Koka was facing this same group of protestors who had on another occasion vandalized some of his client’s cars that had been parked upfront while also throwing heavy objects and breaking windows and glass in this hotel.

According to some critics, Macedonia’s opposition leader Hristijan Mickoski tried to spin a different story to the press, by saying that the Albanian businessman had been ordered to murder him even though Mickoski was never physically present at the scene of the incident.

Skopje’s mayor has now discharged the hotel owner’s brother, Zudi Koka, who served as head of the Communal Hygienics Directory.