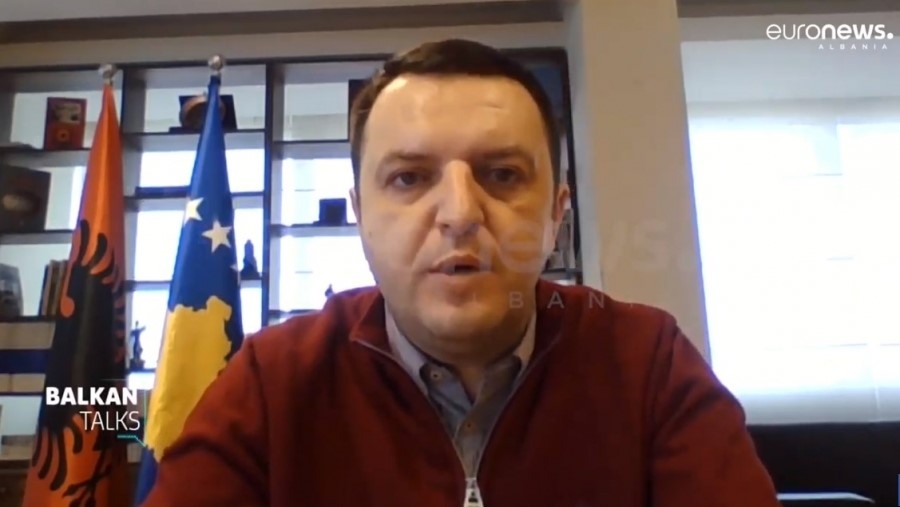 The Alliance for the Future of Kosovo unveiled its political program for the upcoming elections, while minister of justice Selim Selimi, during an interview on Euronews Albania’s show Balkan Talks, elaborated what the party has to offer to the citizens of Kosovo.

“Our offer is the president, due to current circumstances, we believe Ramush Haradinaj will become president because there are several issues where he has displayed to be the right person for that post”, said the justice minister.

One of the main points of the party’s program is the candidacy of its chairperson, Ramush Haradinaj, although it has not received the support of any other political parties in the country.

“The line followed by political rivals shows that they are afraid, and know, that Ramush Haradinaj will not enter into bargains with the territory of Kosovo”, Selimaj said.

He also commented on the decision of the Self-Determination Movement, to nominate for president Vjosa Osmani.

“Their approach is legitimate, but the people know that a political career cannot rest on three flamboyant speeches, but on sacrifices for the national cause”, concluded minister of justice Selim Selimi.