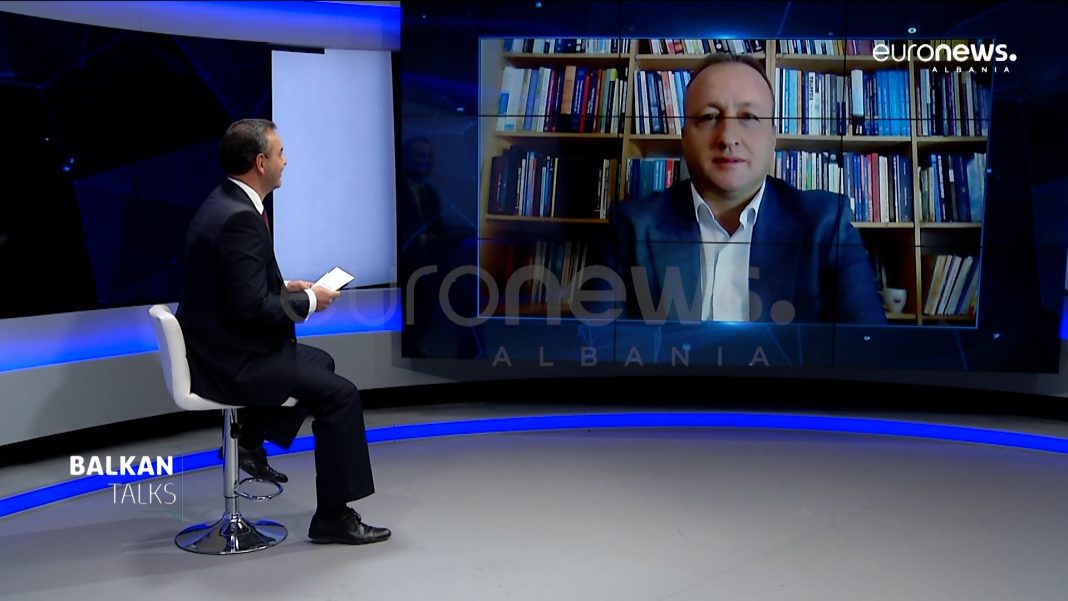 Agim Nuhiu, a member of the electoral staff of the Democratic Union for Integration (BDI), as well as the current deputy minister of justice, claims that BDI has been reinstated as “the first party of the Albanian people” during the first round of the elections.

In an interview for Balkan Talks, hosted by Franko Egro, Nuhiu listed the main indicators behind the large support bases earned among ethnic Albanians in North Macedonia.

“We, the BDI, not only confirmed our absolute strength among Albanians, making BDI the political and natural representative of Albanians not only in central governance but also local. We didn’t only win, we also grew and this is because of our continuous partnership with citizens and our consistent policies”, he declared.

He also added that “technology repeals the opposition’s claims of voter fraud”, hinting at the accusations made by Arben Taravari, one of the candidates of the Alliance for Albanians.

According to Nuhiu, BDI has a certain win in the runoff due on October 31.

“Opposition parties are not aiming to take over power as they are far from the BDI. They couldn’t even achieve that with the coalition of Mickovski”, he said.

Agim Nuhiu also spoke about winning in Tetova, where Teuta Arifi and Bilal Kasami will compete in the runoff.

“We have no doubts that Albanian citizens will endorse the policies of BDI as we entered the race with a concrete program”, he said.

Nuhiu referred to the unification of Albanian parties against BDI as “a fluid, non-principled alliance”, adding that Albanian parties have collaborated with Serbian ones in North Macedonia.

“Taravari’s party joined VMRO-DMNE who is in a coalition with 19 parties, including the Serbian social-democrats. Now he is joining anyone to go against BDI”, concluded Nuhiu.

The Special Prosecution will spend €500,000 on the surveillance maintenance system. The deal was signed with TBS96, a company owned by Artan Xhori. In 2021, SPAK...
Read more
Albania

Vokshi: Minister Kushi failed to show up in court, must resign

7 officials from the State Cadaster suspended

7 employees from the State Cadaster Agency were suspended on Wednesday. They are accused of misappropriation of property, and unlawful legalization of a hotel in...
Read more