What do Albanians actually expect from the justice reform? 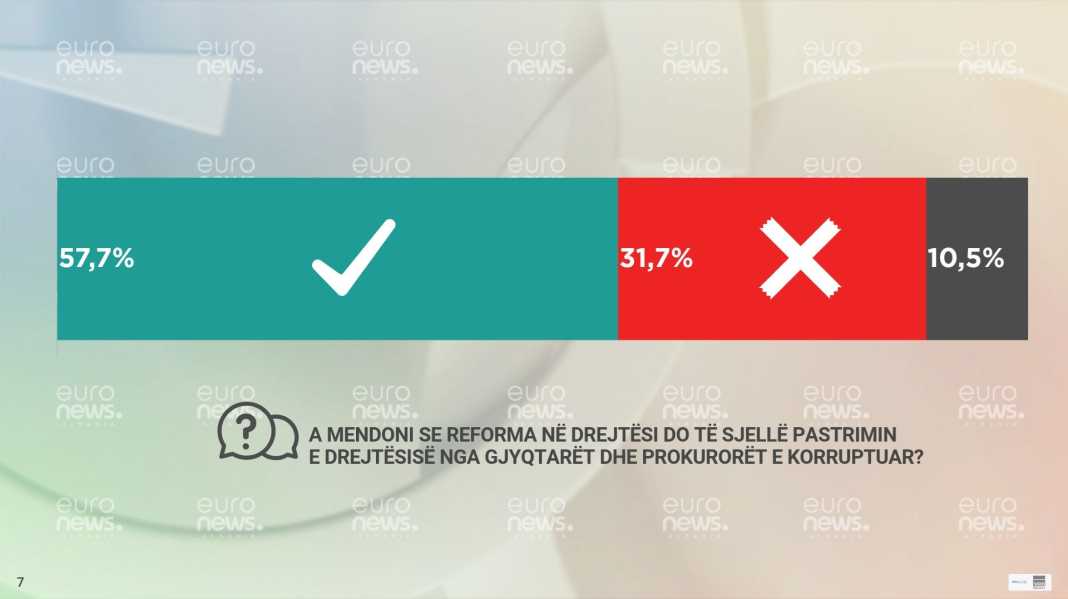 Some 58% of respondents believe that the reform will cleanse the justice system from corrupted judges and prosecutors.

The ousting of corrupted magistrates was one of the main goals of the reform – 455 judges and prosecutors were vetted and around 170 were sacked. 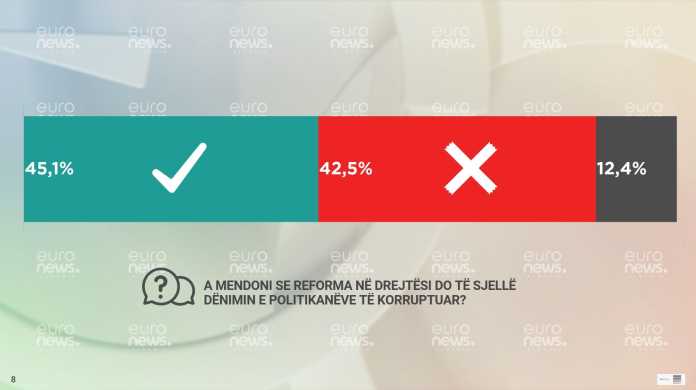 Nevertheless, nearly one-third of respondents (31.7%) have now lost their faith that the system will ever be freed from corruption.

The citizens were even more pessimistic about the impunity of politicians. Figures are nearly cut in half when asked about putting politicians in front of justice.

Less than half of respondents (45.1%) believe that the corrupted politicians might be convicted, and almost the same figure is seen among those who do not believe that it will happen (42.5%)

Citizens are also divided over their personal gains from the reform. 49.5% think a reformed system will bring more justice for issues relating to them, but 40.2% do not believe that there will be more justice from what they had seen in the past.

The findings are based on a survey conducted by Euronews Albania in September, in cooperation with MRB and Data Centrum.

Analyst Andi Bushati said that it is impossible for this opposition to defeat the government of Edi Rama. Invited to appear on Euronews Albania's 'Now'...
Read more
Albania

Yuri Kim visits Kosovo, US ambassador shows her around Prishtina

The US ambassador to Kosovo, Jeffrey Hovenier, received his counterpart in Albania, Yuri Kim in the capital of Prishtina. The news was announced by Hovenier...
Read more