How many Albanians support Russia’s war in Ukraine? 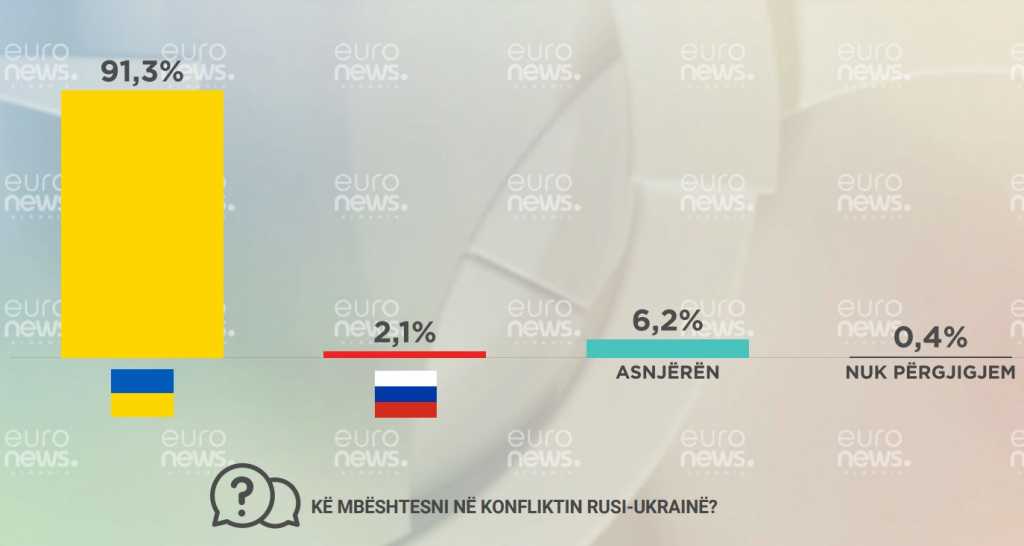 The war in Ukraine grasped the attention of a predominant majority of citizens in Albania (89%), who are keen on learning the new development at least once a day.

Only one in ten Albanians read about the war at least once a week.

91% of respondents sided with Ukraine, and only 2% said they support Russia, meanwhile 6% said they do not support any side.

The age group that was the most neutral on the conflict was 18-24 years old.

More than half of respondents (54%) think NATO should intervene in the war. Two out of five Albanians (39%) think the opposite.

In regards to the sanctions on Russia, the majority of Albanian citizens (63%) agreed to the measures. Only 1 in 10 Albanians disagreed with the sanctions imposed by Albania.

One in four people were undecided over the matter.

The findings are from a face-to-face survey conducted by MRB and Data Centrum from 25 Mach to 5 April.