How accepting of ethnic minorities are Albanians? 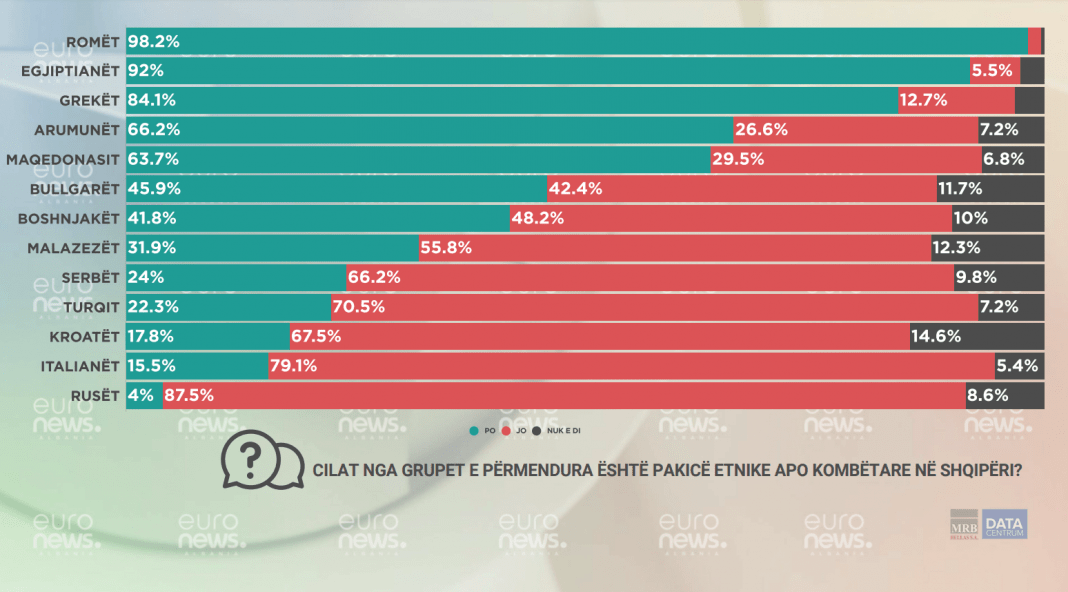 Albanians are mostly open to all ethnically based minorities living in our country.

Over 90% of Albanian citizens accept a person from the Greek minority in their circle of friends or in a professional environment. The number of those who would accept getting married to one is slightly lower (78.6%).

The Aromanian minority seems to be accepted by the overwhelming majority of Albanian citizens.

More than 3 in 4 (78%) of Albanian citizens would accept e member of this community in their families or work. 3 in 5 (59%) would accept getting married to one.

Someone from the Roma minority is accepted by 3 in 5 (62%) of Albanian citizens, as a member of their family/work. Only 19% of Albanians would agree to get married to one.

Similarly, Albanians seem to be just as accepting of the Egyptian minority.

At least 3 in 5 Albanians (60%) would accept someone from this community in their friendships, neighbors or colleagues. Around 1 in 5 (18.5%) of Albanians would marry someone from the Egyptian minority.

Findings were provided for Euronews Albania’s Barometer by MRB and Data Centrum, through 1000 face-to-face interviews conducted nationwide from April 26 – May 7.